Her name is Jasmine, better known as Jazz, and we became fast friends after Katrina….she lost her home and was living hand to mouth on the street.  I was working on some homes that had been hit by the storm trying to get them ready for occupation.  On my morning break I was eating some peanut butter crackers and Jazz came up and sat down beside me and we shared the crackers.

I had to return to work and she went on her way.  The next day I returned to the house and there she was as if waiting for me to return and again on my breaks we shared my food.

A couple of days after we met I had to leave and she bid me farewell.

Fate intervened and I had to go on a call to the same area as Jazz…..the woman said that she had called the city of come get Jazz for she was being a nuisance…….was then that I decided and after I got off work I went to her put her in the backseat and came home.

She was there during the two major traumas in my life…..a smashed right leg and then later when toes were removed….each time she made sure that I did not sit around feeling sorry for myself……she would remind me that I was still alive and needed to get off my ass and move around.

That was 13 years ago and we have been best friends all that time….but like me she got old and had to make the hard decision as to keep her close in pain and suffering or let her go peacefully with dignity….I chose the latter.

It was a heart wrenching decision…..but the right one to have made.

She was my friend, my love, my heart….she will be missed everyday until I join her and we will see each other again…if only in spirit. 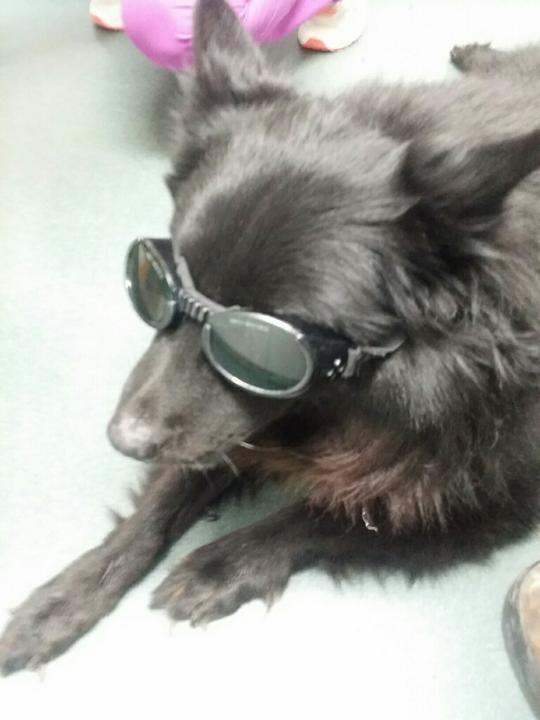 (When you are cool the sun is always shining)

Good-bye my friend…..until we meet again.

May you Rest In Peace.

Today is the day that changed the world as it was known in 1944…..the D-Day landings…Operation Overlord…..the day when the Allies took it to the 3rd Reich and as they say it was the beginning of the end…..

Let’s look back to those tenuous days…….

In June 1944, the Second World War had been raging for almost five years, and Allied forces were poised to gain a foothold in mainland Europe from which to attack Nazi-occupied areas. Normandy, a coastal region in northern France, was chosen for the ambitious and risky invasion.

The D-day landings are now considered the turning point which led to the end of the war a year later, and to the defeat of Nazi Germany.

On the windy morning of June 6, Allied troops began landing on a 50-mile stretch of Normandy coastline, overcoming heavy defensive fire and obstacles, including landmines buried on the shore. The sea was filled with vessels carrying reinforcements, while airships dotted the skyline.

With each passing year we lose more and more of the “Greatest Generation” and soon they will be all gone and all they did will be just a footnote in history…..just as sad as the World War One memories have gone from our collective memories.

I cannot let it go so I will try to keep the memories alive until it is my time to leave this plane and slide into history.

We owe these people much….do not let them be forgotten.

74 years ago today the allies attacked what had been called “Fortress Europe” that began the death of Nazi Germany……we should never stop thanking the “greatest Generation”….

I have been analyzing politics for many years (yep I am an old fart) and all that time I have said that modern day Repubs are not conservative….but rather something else all together…

For instance they, GOP, espouses their acceptance of a small government and yet do nothing to make it so when in position to do so…..take this expansion of the military under Trump….he has undercut some of the institutions in Washington but I am nor sure that it was planned that way.

Morality…..the GOP has claimed to speak for the so-called “moral majority” and yet have turned a blind eye to many “moral” transgressions if it meant that they could win an election.  Most recently their claim to the moral high ground has evaporated…..

Champion of a free trade world…..and as Trump turns that concept on its ear the GOP is silent on the very idea of free trade….as long as they stand silent they can NO longer claim the mantle of a free trade party.

Donald Trump wasn’t elected because Democrats lost a policy fight in 2016. What Democrats did was lose a procedural fight that has been going on since the early 1990s, when Republicans began waging a relentless, brutal, and completely one-sided war, systematically using their lawmaking power to disadvantage their adversaries in elections and political mobilization.

Gerrymandering, the Citizens United atrocity that declared money is speech, blocking US supreme court nominations and obstructing legislation are some of the Republican party’s tactics. Depraved, racist voter ID laws that obviously target people who are likely to vote Democratic, and the cruel way that many states prevent current or former felons from voting, are others.

I have been saying that there is nothing conservative about the GOP…..they played a Repub on TV with their outrage at government spending most of which they authorized.  Their idea of small government is NO social safety net……no medicare and god forbid that damn social security.

This country no longer exist….after the fall of the Soviet Union this nation soon divided along ethnic lines into the Czech Republic and Slovakia….but before that it was a proving ground for nations.

It became an independent country after the fall of the Austro-Hungarian Empire at the end of World War One.  Form a couple of decades Czechoslovakia hummed along as an independent nation and then Hitler pops up and starts dismantling the country pieced by piece until it was swallowed by Hitler’s growing little empire………and then the Nazis were defeated and Czechoslovakia once again was an independent country but not for long….the Red Army liberated the country and it came to pull the nation into the sphere of Soviet influence.

Could the US have saved Czechoslovakia from the horrors of being A Soviet satellite?  Good question with an answer…..

It is often taken for granted that all European nations involved in the early Cold War, save Germany, fell naturally onto one side of the Iron Curtain or the other. Yet Czechoslovakia was not pre-ordained to become part of the Soviet sphere. There were multiple opportunities for the United States to influence its position on the political map of Europe.

Czechoslovakia emerged from the Second World War unaligned. Hitler and Stalin had not allocated it in the 1939 Molotov-Ribbentrop Pact. Stalin and Churchill had not included it in their secret 1944 ‘percentages’ deal, which designated spheres of influence in eastern and southern Europe. The victorious Allies had not discussed its orientation at Yalta or Potsdam. Both the Soviets and the Americans had liberated it. But whatever cards Washington had to play, diplomatically and militarily, it gave most of them up in 1945.

As you read Czechoslovakia was not inevitably going to be part of the Soviet sphere….it took America to play fast and loose with the destiny of another country.