It is Memorial Day

I would like to remember some absent friends from my days in Vietnam.

In 1967 I was sent to South Vietnam and became part of the 9th Infantry Division Long Range Recon…my team was made of Buchanan, Puckett, Stern, Miller and myself….we served together from 1967-1968….in that year we were involved in many operations and toward the end of our year we lost Puckett and Buchanan….they served with bravery and I have no complaints.

Miller, Stern and myself returned to Vietnam in March 1969 through October 1970….during this time we had many team mates some could not stand the tension of the job as a LRRP or were killed in action pr asked for a transfer…..during this time I was wounded as well as Stern….Miller came thru two tours without a scratch.

We were assigned to Oakland Army Terminal for mustering out of the US Army in October 1970……we had a night on the town in San Francisco and we went our separate ways saying we would stay in touch.

After a couple of years I heard from Miller’s sister….it seems that Miller was off work and stop by a liquor store for a bottle of wine….he walked into a robbery and was shot in the face and killed…..after 2 and half years in combat and he dies at the hands of a punk with a gun…..no way for a warrior to die.

The last I heard of Stern was he was in Africa……I got two stories…..one he was working as a mercenary in Angola the other was he was working for a government (no one was sure which one) as a hunter of poachers…..knowing Stern I would be inclined to believe the latter.

Then I lost all contact with anyone that would know about Stern.

That leaves me for any reunion and my days are numbered pushing 75 I think of my comrades from days past.

Please take a moment to remember those brave souls that gave their all. 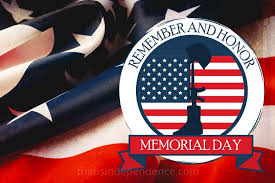 First some sad news on this holiday……

Two people died and an estimated 20 to 25 people were injured in a shooting outside a banquet hall in South Florida, police said. The gunfire erupted early Sunday at the El Mula Banquet Hall in northwest Miami-Dade County, near Hialeah, police told news outlets. The banquet hall had been rented out for a concert. Three people got out of an SUV and opened fire on the crowd outside, police director Alfredo “Freddy” Ramirez III said. Authorities believe the shooting was targeted, per the AP.

200 mass shootings so far for 2021……A situation that has become all too common in this country…..and yet few care.

It is Memorial Day…that time when we remember all those that gave their all in service of the country. 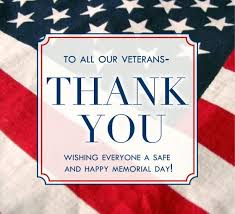 For that reason I would like to present a warrior who was the first West Point grad to die in combat….

Served: on the Northwestern Frontier, 1811-1812; and in the War of 1812-1815 with Great Britain, being engaged in Captain Heald’s desperate engagement near Ft. Chicago, Ill., Aug. 15, 1812, with a vastly superior force of savages, two of whom he slew in a hand-to-hand fight, but, while upon his knees as he had fallen faint from his bleeding wounds, still wielding his sword, he was himself killed in combat, Aug. 15, 1812: Aged 28.

George Ronan was the first West Point graduate to be killed in action. Because many of the American dead and wounded were civilians, the engagement is usually referred to, certainly in Chicago itself, as the Fort Dearborn Massacre, but it did not occur at the fort, rather some distance south of it; the fort had been evacuated and the Army was trying to lead the civilian inhabitants to safety in Indiana, when they were ambushed. The sites of both fort and massacre are within the present city limits of Chicago.

Remember those that gave their all for the country….a moment of silence would be nice….