Today we recognize that 16 years ago a handful of whacked out turds flew planes into the Twin Towers, the Pentagon and a field in Pennsylvania….the worse case of terrorism to ever hit the shores of America.

This is an op-ed written for the Washington Times……a look at what has become of the society since that fateful day…..(I do not totally agree with some of their assumptions but a pretty good piece all around)…….

The approach of an anniversary of the attacks of Sept. 11, 2001 always concentrates my mind. It was, astonishingly, 16 Septembers ago that a team of foreign terrorists hijacked three American passenger planes and used them as weapons of mass destruction. Can anyone forget the images of people leaping to their deaths to avoid being consumed by fire and smoke, the twin towers collapsing, the ashes rising, children struggling to come to terms with the fact that they’d never see their mothers and fathers again?

Actually, some people can. The tiki-torch Nazis and the black-shirted anarcho-communist Antifa have moved on. What excites them and, frankly, too many others, is pitting Americans against Americans on the basis of race, ethnicity, gender — whatever. As though we hadn’t an enemy in the world.

Take a moment to remember those that gave their lives on that day and pray for their families….. 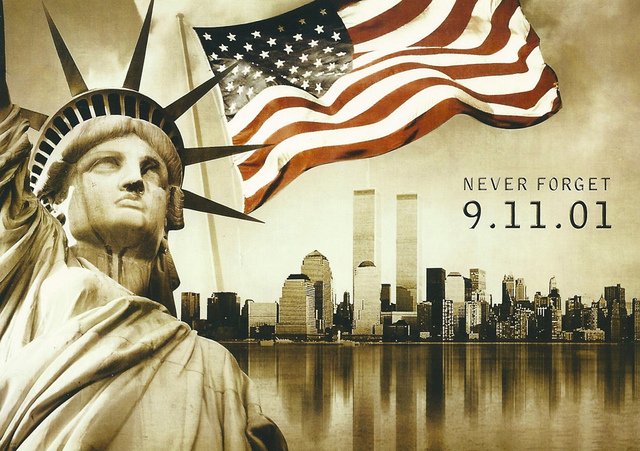