Over the weekend North Korea’s Li’l Kim has threatened to explode an H bomb over the Pacific…..

Tensions between the US and North Korea continue to escalate. First the leader of the former threatened to wipe out the latter. Then Kim Jong Un followed up by calling Trump a “mentally deranged US dotard,” and Trump capped that off with a new warning Friday, tweeting that Kim “will be tested like never before!” But the North this week also suggested a move that goes beyond words—and could lead to a “lot of dead fish”: detonating a nuclear bomb a few hundred miles over the Pacific Ocean, per Reuters. North Korean Foreign Minister Ri Yong Ho dropped hints on a South Korean news channel (his own apparent musings, not official word from Kim) that the North may conduct “a historic aboveground test of a hydrogen bomb over the Pacific Ocean,” per the Wall Street Journal.

Yang Uk, a Korea Defense and Security Forum researcher, tells Reuters that North Korea “may be bluffing”—or seeking an excuse, like Trump’s words, for a test. The last time a nation experimented with an atmospheric detonation was in 1980, when China did so. MIT professor Vipin Narang says such a move would be “provocative” and, if anything goes awry, a possibly “world-changing event.” Radioactive fallout would be a danger—though Narang says it may not be so bad if the detonation took place high enough—as would the effects of electromagnetic pulses. A US missile analyst tells the Journal North Korea could also pack a hydrogen bomb on a ship and set it off in the sea. (Here’s what “dotard” means.)

This juvenile chest thumping has got to cease….if these two cannot find a way to tone down this rhetoric then I say put them in a ring and let them fight until one goes down for the 10 count (think of the cash that could be made with pay-per-view).

You know that in a decade this situation will become a case study on diplomacy.

Not really but it makes a good title and a good slogan to keep idiots in line.

The GOP is scrambling to find something anything that they can hang their hats on….so far they are batting 1000 in failures….but like any good GOP they want the rich to get more of their money while the rest us struggle.

The Chamber of Commerce has thrown their hat into the GOP ring as far as taxes go……here are their ideas…..

If the idiots in Congress ever admit defeat on health care then they will most likely move on to tax reform…..after ll it is popular if just about everybody in their party…..

The problem is that it will not be reform…..rather just a set of tax breaks for those that need no tax breaks….so there will be a new game in town…..coming soon to a channel near you.

Over a hundred years ago, began in 1914, the World went to war….empire against empire (did you know that all the “Houses” in Europe at the time were ruled by the same family?)

That’s right the leaders of early 20th century Europe were all kin to each other common denominator is UK’s Queen Victoria….

Some historians would have their students believe that the war was started purely by accident…..that the assassination was an accident and if not had occurred then WW1 would not have been fought.

World War I wasn’t an inadvertent war but the result of deliberate German state policy.

To this day, most observers continue to claim that World War I was an inadvertent war: that is, that none of the countries involved particularly wanted war but war came nonetheless. Some claim it was the major armament programs and offensive military doctrines adopted by European countries in the run-up to the war that made WWI inevitable. Others claim it was the hypernationalistic populaces that caused the war. Still others blame the tight alliances that European nations formed in the years prior to WWI, which created an environment in which the assassination of Archduke Franz Ferdinand by an anarchist could plunge the entire continent into a bloody war. And then there are those that blame the situation on the irreconcilable interests of a rising Germany and a declining Great Britain. Regardless of the particular explanation invoked, most seem to agree that the war was an accident.

Source: The Great Myth: World War I Was No Accident | The Diplomat

I put this forward because of the way the mash-up between the US and NK is going…..with all the rhetoric there is nothing about it that would look like an accident if worse comes to worse……

I cannot wait for the strong anti-McCain rhetoric….that he is a RINO….a traitor….on and on….I am sure the Trump will Tweet something derogatory.  WAIT FOR IT!

This quickly resurrection of the dead GOP health care bill looks like it will go the way of the dodo…..McCain once again may be the guy with the final nail……

The latest Republican effort to repeal the Affordable Care Act may very well be dead after Sen. John McCain announced his opposition to it Friday, the AP reports. “I cannot in good conscience vote for the Graham-Cassidy proposal,” CNN quotes McCain as saying in a statement. “I believe we could do better working together, Republicans and Democrats, and have not yet really tried.” This would be the second time McCain has put a nail in the coffin of Republican efforts to end ObamaCare.

McCain said he couldn’t vote for the Graham-Cassidy bill without a CBO score, which wouldn’t be available until later this month, to let him know “how much it will cost, how it will affect insurance premiums, and how many people will be helped or hurt by it.” Republicans could only afford to have two senators side with Democrats in opposition to the bill. Sen. Rand Paul was already opposed and Sen. Susan Collins was leaning that way. A recent poll found only 24% of Americans support the Graham-Cassidy bill and 50% disapprove of it, the Hill reports.

Back in 1989, before all the health care debacle of the Clintons and onto today, I sent an idea for health care to my representative, Gene Taylor, for his consideration.

My idea was that since doctors usually owe millions for their schooling that they should set aside one day a week to treat people that were poor…..they could deduct the price of the visit and supplies that they use from the bill they owe for their schooling.  They could do this every week for at least 40 weeks per year.  (This is as simply put as I can do in this post)
Keep in mind this was in the days before any substantial work on a health care bill.
My Rep. did not have the courtesy to reply to my idea…..I would have excepted anything but instead he sent me a donation card for his next campaign….needless to say he lost all support from me.
Soon after this I started supporting the single payer system….a Medicare For All….if you like.
And I still think it is the best idea to get ALL Americans the health care they need and deserve. 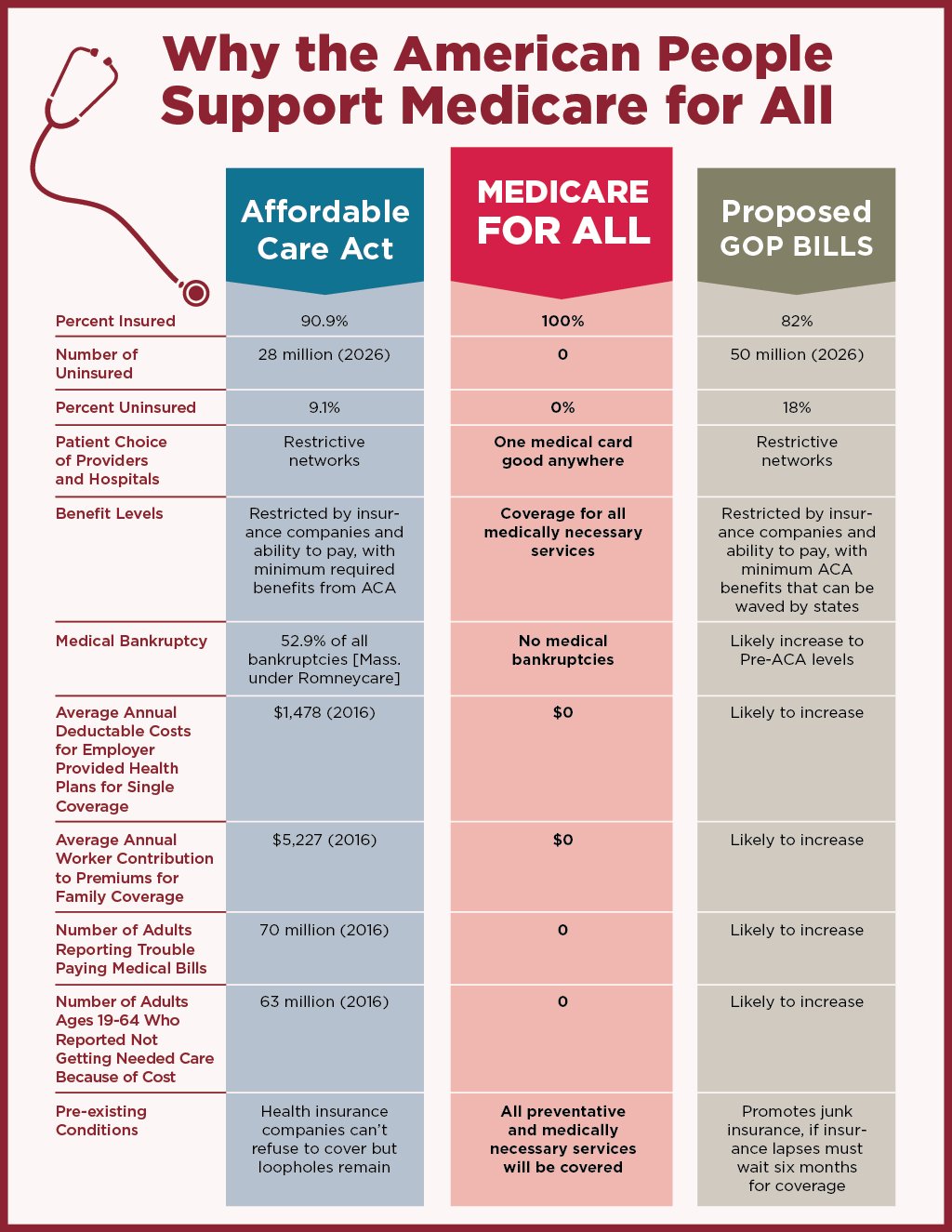 Today is 25 September 2017 and if all goes well the Kurds will vote on referendum to become an independent region/nation.

Here is a paper by a group that I have worked with in the past…..the International Crisis Group…..it is about the risks involved in the vote by the Kurds….

On 25 September, barring a last-minute postponement, the Iraqi Kurdistan region will hold an independence referendum. Voters will be asked whether they want “the Kurdistan region and the Kurdish areas outside the region’s administration to become an independent state”. The referendum cannot turn Kurdistan into an independent state, regardless of turnout and outcome, because the vote is merely consultative and legally non-binding. Still, the situation presents serious risks, both if the referendum is held and if the price paid to delay it is too high.

Source: How to Mitigate the Risks of Iraqi Kurdistan’s Referendum | Crisis Group

So far the Kurds are the only ones that see this as a good thing…..even the US has tried to convince the Kurds to wait and be logical….so far they are damn straight going to go for it……even if it means more problems to a region that does not need more problems…..

As the Kurdish independence referendum draws near in Iraq, a war of words is threatening to grow into violence. Some Iraqi paramilitary factions under the Popular Mobilization Units (PMU) are increasing their warnings against the vote, and some Kurds are responding with talk of resorting to weapons. Iraq’s parliament voted Sept. 14 to dismiss the governor of Kirkuk province, who favors Kurdish independence, and the Kurdistan Regional Government (KRG) responded by announcing it is ending its partnership with Baghdad.

Reuters reported that the decision to remove the governor, Najmaldin Karim, “comes after Kirkuk — an oil-rich province claimed by both the central government in Baghdad and the autonomous Kurdish region in northern Iraq — decided to take part in a referendum set for Sept. 25 on Kurdish independence.”

Meanwhile, Karim is ignoring his ouster. This all could lead to a new spiral of violence even before the country rids itself of the Islamic State (IS).

No one sees this as a successful transition….

The plan to hold an independence referendum in Iraqi Kurdistan next week has run into a new obstacle:

Iraq’s supreme court has approved a request by Prime Minister Haider al-Abadi to suspend an independence referendum that the country’s Kurdistan region planned to hold later this month.

The court said Monday the vote will be on hold until it reviews cases regarding the constitutionality of the vote.

The referendum will probably still take place, and the Kurdish parliament endorsed proceeding with the vote on Friday, but the ruling confirms that Baghdad won’t view it as legitimate. The court ruling comes on the heels of warnings from the Iraqi prime minister that Baghdad is prepared to use force if the referendum results in violence. Abadi also raised the prospect that the referendum would serve as an invitation to other governments to meddle in Iraqi affairs:

Source: The Dangers of the Kurdish Referendum | The American Conservative

Only more problems for the US military to solve….and they have not been too good at that aspect here lately…..more blood and death.

On Sept. 25, the Kurdistan Region of Iraq (KRI) is expected to hold its long-awaited referendum on independence. While it has generated much nationalist excitement among Kurds in the KRI capital of Irbil and abroad, the central government in Baghdad and the international community have objected to the vote. The United States has mobilized diplomatic capital to persuade Irbil to postpone the vote. Last week, Western diplomats offered an alternative proposal: Postpone the vote and enter into new mediated negotiations with Baghdad. But without ironclad guarantees or a specified timetable, Irbil has rejected those initiatives, continuing to prepare for the referendum.

The referendum was never meant to be a silver bullet, ending negotiations on Kurds’ path to statehood. But recent escalations by all sides have produced a self-fulfilling crisis with the prospect of military conflict, fueled by both Arab and Kurdish nationalism.

Source: 5 things to know about the referendum in Iraqi Kurdistan – The Washington Post

As a premonition of things to come I offer up the latest clash….

Iraqi Kurds and Turkmens clashed in Kirkuk on Monday night, a week before the disputed territory votes in a referendum on independence for Iraqi Kurdistan. The clashes prompted local police to deploy around the city to prevent ethnic tensions from escalating. Kirkuk’s extensive Turkmen and Arab populations largely oppose the inclusion of their city in the controversial vote scheduled for Sept. 25.

Like I keep saying….this vote could create more problems than it solves.