Would you wear a t-shirt that says MORON?

Several reporters noticed on Thursday that McCarthy, through WinRed, was selling red T-shirts with the word “moron” printed on them in large bold letters.

Below the word, the shirt says: “A term coined by Nancy Pelosi referring to freedom-loving Americans who oppose mask mandates.”

The call to action on the WinRed page urges people to donate between $25 and $2,900, the maximum allowed.

“Nancy Pelosi JUST CALLED Kevin McCarthy a ‘moron’ for opposing the mask mandate. You’re a top patriot and HE NEEDS YOU to get this t-shirt to oppose HER & the Radical Socialist Left,” the page reads.

People online mocked McCarthy for hawking the T-shirts, with many people pointing out that the whole thing felt like a giant self-own.

“I thought I was having a bad day, then I saw Kevin McCarthy is trying to get his supporters to buy shirts that say moron on them,” another person tweeted.

“Oh, this is rich. This is REAL. Kevin McCarthy is fundraising by getting his constituents and supporters to wear a red shirt that says ‘MORON’ on it. They’re going to be easy to spot,” one Twitter user chimed in with. 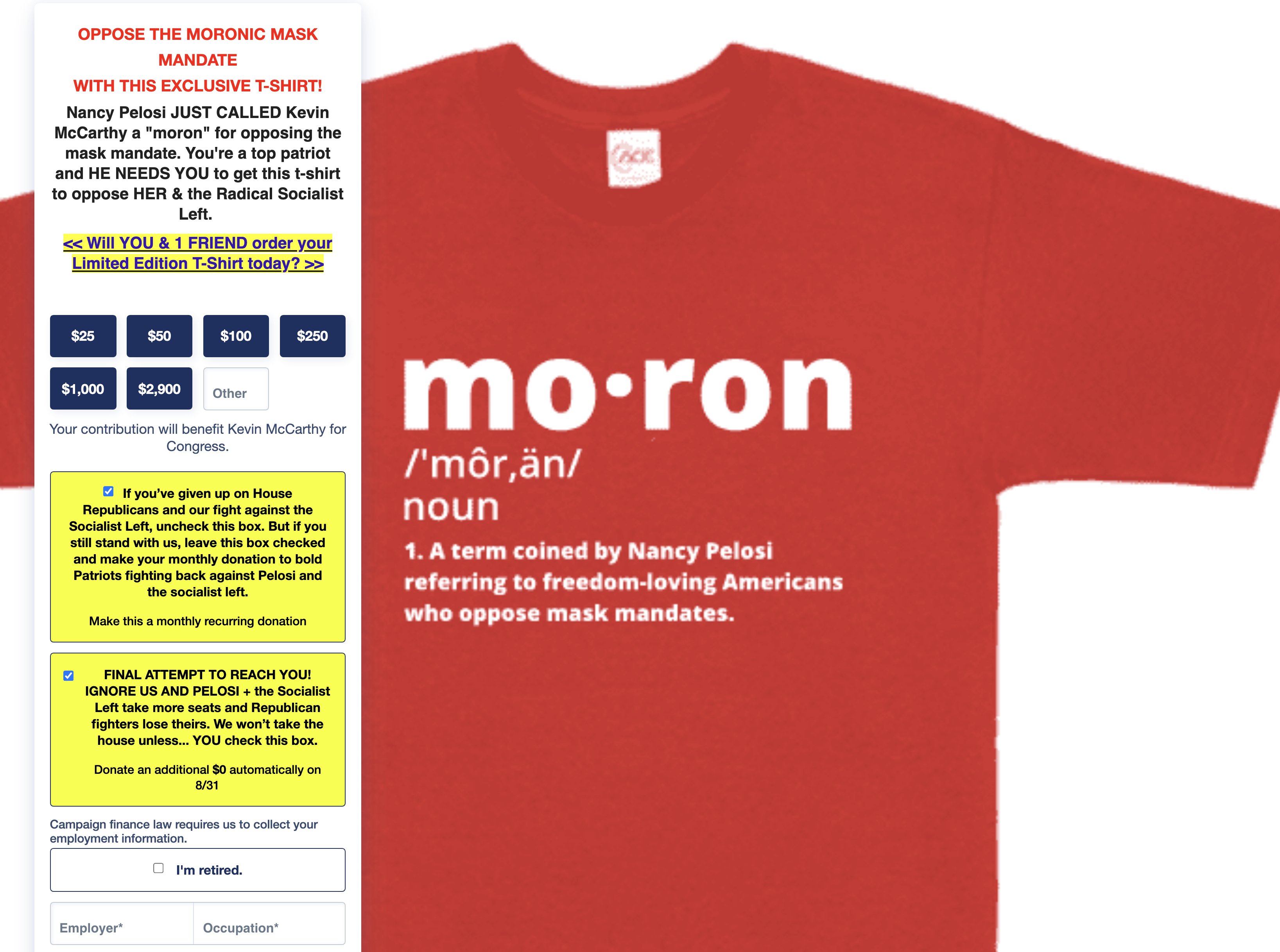 Most people will stop reading after the word MORON…..

For once the GOP will be telling the truth!

Apparently the advisers to the GOP are not the sharpest pencils in the box…..