The big night for CPAC…..the Donald emerges from the fog of the 2020 election…..

But before they start all must bow to the golden idol…..to the god of the GOP….. 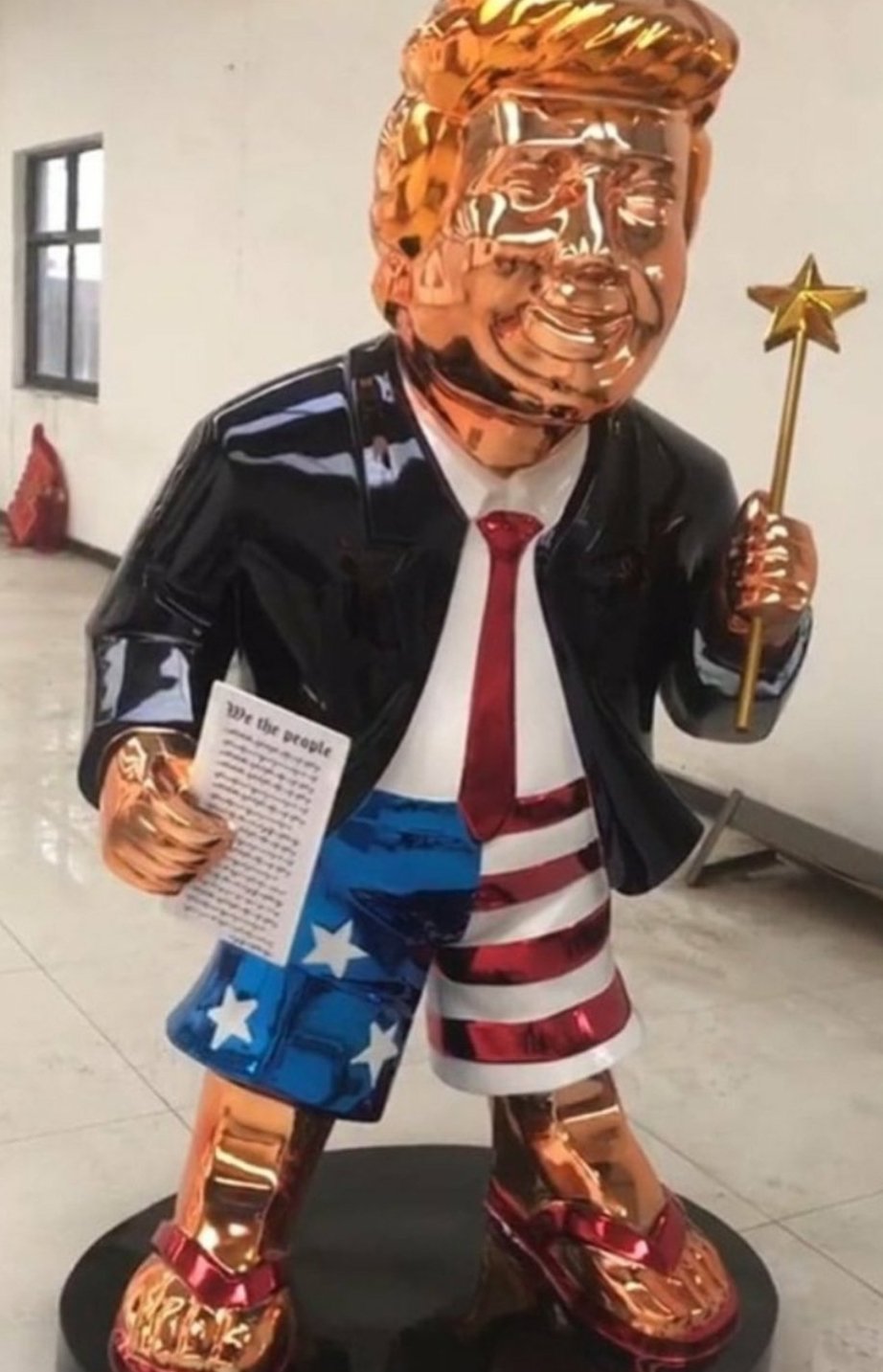 Waiting for those damn evangelicals to offer up a biblical verse…..(sound of crickets)……

I skipped Day two of the CPAC because it can be summed up as Different Day, Same Sh*t….all kiss the kings ass speech after speech.

The final day (mercifully)….and the speakers are the biggest airbags on the planet….

Let’s begin with the speech from ex-Pres. Trump…….

Taking the stage for the first time since leaving office, former President Trump on Sunday called for Republican Party unity in a speech at a conservative political conference, even as he exacerbated its divisions and made clear he intended to remain a dominant force in the party. Trump used his speech at the Conservative Political Action Conference, where he has been hailed as a returning hero, to blast his successor, President Joe Biden, and try to cement his status as the party’s undisputed leader despite his loss in November, the AP reports. “Do you miss me yet?” Trump said after taking the stage, where his old rally soundtrack had been playing. “I stand before you today to declare that the incredible journey we begun together … is far from being over.” Though Trump has flirted with the idea of creating a third party, he pledged to remain part of what he called “our beloved party,” saying, “I’m going to continue to fight right by your side. We’re not starting new parties. We have the Republican Party. It’s going to be strong and united like never before.”

The conference, held this year in Orlando instead of the Washington suburbs because of COVID-19 restrictions, has been a tribute to Trump and Trumpism, complete with a golden statue in his likeness. Speakers, including many potential 2024 hopefuls, have argued the party must embrace the former president and his followers, even after the deadly insurrection at the US Capitol on Jan. 6. And they have repeated his unfounded claims that he lost his bid for reelection only because the election was “rigged.” The conference’s annual unscientific straw poll of just over 1,000 attendees found that 97% approve of the job Trump did as president. But they were much more ambiguous about whether he should run again, with 68% saying he should. Speaking of the current US president, who defeated him in November, Trump said: “Joe Biden has had the most disastrous first month of any president in modern history.”

Nothing new in that speech….the same rhetoric as always…..and the same lame language he has become known for……

Then there was the straw poll….and Trump won 55%…..I would have thought it would be larger with all the Trump sycophants in attendance…..

Who does CPAC want to win the presidential election in 2024? The same person who won it in 2016. Former President Donald Trump on Sunday won the Conservative Political Action Conference straw poll, with 55% of respondents saying that if the election were held today, they’d vote for him. Coming in second, per the Hill, was Florida Gov. Ron DeSantis with 21%, followed by South Dakota Gov. Kristi Noem with 4%. Per the New York Times, just 68% of respondents said they wanted Trump to run again, while a whopping 95% said they wanted the GOP to continue to advance his policies and agenda. The poll results were announced just before Trump’s big speech.

The secret ballots were submitted by a group of current and former elected officials, activists, writers, and others—generally representative of the Republican Party’s far-right wing, the Times notes, meaning attendees were likely to be disproportionately Trump fans. Indeed, his approval rating among CPAC attendees was 97%, and a massive 87% of respondents said they strongly approve of him. CPAC straw polls don’t have a great record in terms of actually predicting future nominees; Sen. Rand Paul won three consecutive years before Election 2016, and his presidential campaign that time around only made it through the Iowa caucuses.

Could we be witnessing of the Grand Old Party death throes?