The weekend and MoMo and I will do some walking….I cannot take her to the woods for a romp……her short tail with white and her fawn color she would be shot by some nose picking redneck hunter….so we make do with the neighborhood….not as exciting but she stays safe.

This is her expression while waiting for the walk….. 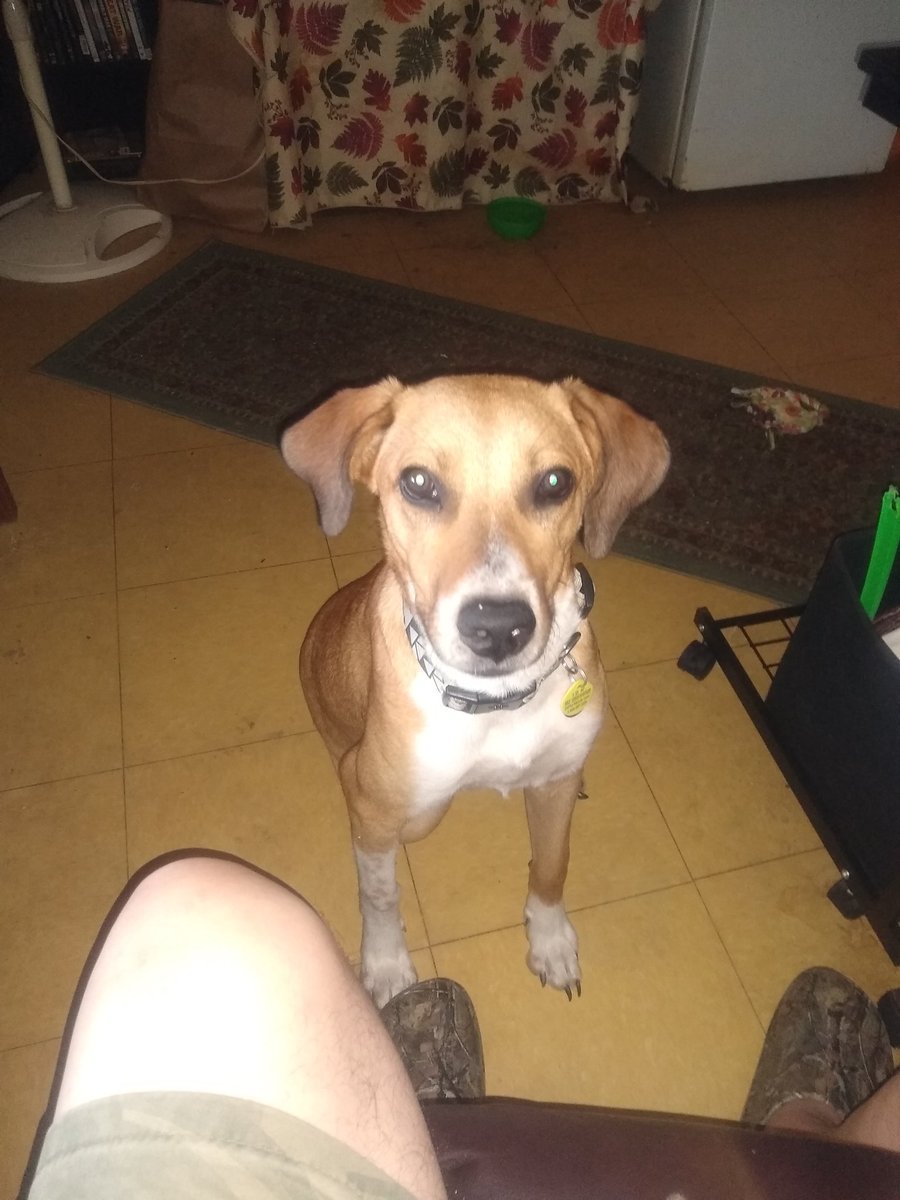 Now that I have explained to her that I need to finish this post…….

There are so many conspiracy theories….Hell I have even tried to start a couple……ever ask yourself why people believe these theories?

Did George W Bush orchestrate a plot to bring down the Twin Towers and kill thousands of people in 2001? Also no.

So, why do some people believe they did? And what do conspiracy theories tell us about the way we see the world?

Conspiracy theories are far from a new phenomenon. They have been a constant hum in the background for at least the past 100 years, says Prof Joe Uscinski, author of American Conspiracy Theories.

They are also more widespread than you might think.

“Everybody believes in at least one and probably a few,” he says. “And the reason is simple: there is an infinite number of conspiracy theories out there. If we were to poll on all of them, everybody is going to check a few boxes.”

Why do you believe?

Time for that walk that I delayed……be well, be safe….and I will be back tomorrow.

Saturday my day of mental relaxation and a bunch of “honey dos”……weather is warm for February and seems to linger…looks like our cold weather ended early this year…..

I have been watching the treatments that the medicos are using to try and help people with problems like PTSD…..I posted about the use of seem psychedelics from the 60s…….https://lobotero.com/2019/02/02/freaky-saturday-02feb19/

Since I wrote that there have been more studies that have shown promise on a wide array of mental problems…….

The reputation of the synthetic drug MDMA has changed dramatically since it was outlawed in 1985. Right now, it’s the centerpiece of a Food and Drug Administration-approved Phase III clinical trial on its ability to help heal the damage caused by post-traumatic stress disorder when used alongside therapy. While those trials are underway, scientists are seeking to understand the long-term impacts of MDMA, preparing for a future where it’s widely used to treat illness .

New neuroimaging research provides evidence that the psychedelic drug LSD alters the capacity of the thalamus to control the flow of sensory information to other areas of the brain.

The thalamus is a small section of the midbrain through which most sensory inputs from the body flow. The new findings, which appear in Proceedings of the National Academy of Sciences, indicate that LSD decreases information filtering in the thalamus — allowing more information than normal to flood into the brain.

“LSD and other psychedelics induce unique effects on perception and emotion. These effects could on the one hand be interesting to understand certain symptoms in psychiatric patients (for example schizophrenia), but they could also be clinically beneficial for the treatment of other illnesses (for example depression),” said study author Katrin Preller of the University of Zurich.

The use of the drugs could be disastrous if not tightly controlled….but if these can help someone suffering from PTSD or other mental problem then I say give it a chance before it is condemned.

I must go out to the garden and start getting it ready for the crop this year…….hope everyone has a good day and give someone a hug…make their day.