Before I begin…this is the look I get when I tell MoMo that she has to wait to go outside….. 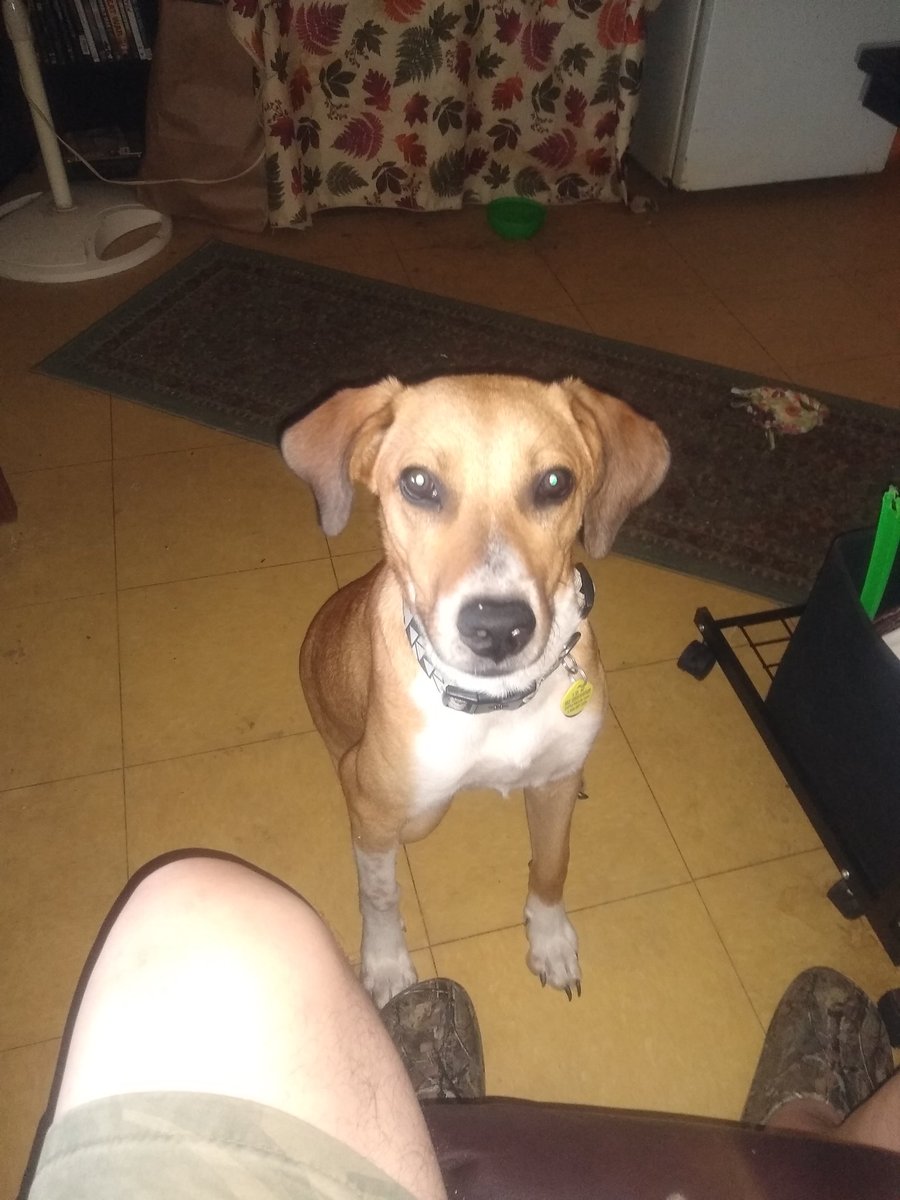 IT is a lazy Sunday and I have even more AI stories for your mental consumption…..

Using artificial intelligence, a number of European evolutionary biologists now believe that humans have an ancient ancestor whose identity is unknown to modern science. The ancestor, based out of Asia, would have been a hybrid of Neanderthals and Denisovans, a subspecies of archaic humans.

The Denisovans are less well-known than the famous Neanderthals, but the two were separate groups who split off from their common ancestor around 744,000 years ago. While Neanderthals settled in Europe and parts of western Asia, Denisovan remains have been found in central Asia and Siberia—their name comes from the Denisova Cave in the Siberian Altai Mountains, where a Denisovan bone was first discovered in 2008.

The groups were genetically independent from each other. They also likely both cross-bred with modern humans. But when researching the demographics of species nearly 800,000 years ago, scientists have struggled with their complexity. That’s where A.I. comes in.

More on the possibility of that long sought “missing link”……

Two early humans found in Africa 10 years ago appear to represent a “missing link” with our ape-like ancestors, CNN reports. A new study broke ground this week by saying the two-million-year-old partial skeletons are from a new species called Australopithecus sediba that walked upright but spent time in trees—a transition between the ape-like genus Australopithecus and the genus Homo that apparently began using tools. Seems Australopithecus sediba had hands and feet that were good for both climbing trees and grasping tools. “This larger picture sheds light on the lifeways of A. sediba and also on a major transition in hominin evolution,” says lead researcher Scott Williams of New York University.

In nine papers in PaleoAnthropology, leading anthropologists analyze various parts of the fossils and refute critics who either doubted the new species existed or said the skeletons were of two different species, per Phys.org. They also recall the fossils’ incredible 2008 discovery by a nine-year-old who was walking his dog in South Africa when he tripped over a rock. “Imagine for a moment that Matthew stumbled over the rock and continued following his dog without noticing the fossil,” they write. “If those events had occurred instead, our science would not know about Au. sediba, but those fossils would still be there, still encased in calcified clastic sediments, still waiting to be discovered.” The authors call it a reminder that “there is still so much to discover about our evolutionary past.”

Some people say the ‘missing links’ have been elected and are now in control of the country….interesting thought.

Sunday is done….time for some snacks of fruit nuts and a beer….enjoy your day…..

I am a fan of the silliness that is given to me by those “Ancient Alien” folks…..as a historian I just get amazed how they twist history to fit some crazy theories….like aliens came to Mesopotamia in the early days of civilization to mine gold….the closest gold would be in Sudan…a point they overlook to make their point.

Remember the old tale that the earth was flat and it took Columbus to prove it was not…remember that fairy tale?

I do not know if you, my readers, realize that there are still those residents of the Blue Marble that still believe the old line about the earth being flat….no really!

Read what happens during an eclipse according to Flat Earthers…..(a fun read)…..

The Flat Earth hypothesis is one of the wackiest conspiracy theories out there, but seeing flat-Earthers come up with nonsense explanations is such Olympic-level mental gymnastics that you can’t help being entertained by their work. My favorite lately has to be their explanation of lunar eclipses.

In the real world of facts, lunar eclipses are caused by the Moon passing through the shadow cast by the Earth. During totality, the Moon becomes reddish in color due to the light from the Sun filtering through the atmosphere before reaching the Moon.

Obviously, this wouldn’t work in the fantasy land that is Flat Earth. The Sun and the Moon float above the pizza-thin planet so there is no possibility that eclipses could be caused by the alignment of Earth, the Sun, and the Moon. The cause of the eclipse is (cue dramatic music and flickering candles): the Shadow Object!

I thought you would enjoy something different this Sunday….thanx for stopping by and leave your comments…it is always a pleasure to hear from my readers.

Have a good day…be well, be safe