Ever since his ride down the escalator in Trump Central back in the day I have though there was something off about Mr. Trump.  His constant ,mash ups with this person or that….his constant battling people in his own party and his nastiness towards Americans in general.

He seem to be losing it and only after 274 days in office….but do not take my word for it….

President Trump might be launching a new hunt for White House leakers soon because a lot of them seem to have spoken to Vanity Fair—and the picture they paint of the president’s state of mind is alarming. The sources say Trump is “unstable” and “unraveling” after setbacks including legislative failures and the Alabama GOP primary loss of Trump-backed Sen. Luther Strange, which they say has deeply affected the president. “Alabama was a huge blow to his psyche,” a source described as a “person close to Trump” says. “He saw the cult of personality was broken.”

Two other sources tell Vanity Fair that Trump raged to longtime aide Keith Schiller: “I hate everyone in the White House! There are a few exceptions, but I hate them.” Schiller, Trump’s security chief for many years, left his White House position last month. Republican sources say John Kelly, Trump’s chief of staff, has been doing his best to limit access to Trump—a policy that has left Trump frustrated. The insiders say Kelly hates his job but has stuck around to prevent Trump making “disastrous decisions.” The White House denied the Vanity Fair report, saying: “The president’s mood is good and his outlook on the agenda is very positive.”

How far will he take this minor “breakdown”?   How far will this go?  Hell even Bannon has said that Trump has less that a 70% chance of finishing his first term…..

Maybe it is time for some professional help…..

There has been so much macho banter between Trump and Kim these days that it could get damn right boring.

Between “fury and fire” to Kim’s latest, “US should be tamed with fire”….that is is only a matter of time before one of these jabs hits a nerve and some moron unleashes that which most NEVER be unleashed.

Right now the US and South Korea are having their military exercises off the Coast of the Korean Peninsula……in a show of strength and intimation toward North Korea has gotten Li’l kim’s dander up….

North Korea is once again threatening to launch missiles toward Guam, the New York Times reports. The US territory is in the crosshairs this time over a joint naval exercise being held by the US and South Korea and scheduled to start Monday in the waters around South Korea. “We have already warned several times that we will take counteractions for self-defense, including a salvo of missiles into waters near the US territory of Guam,” says Kim Kwang-Hak, a researcher at the Institute for American Studies at the North Korea Foreign Ministry. “The US military action hardens our determination that the US should be tamed with fire and lets us take our hand closer to the ‘trigger.'” While the US maintains the exercise, like previous ones, is defensive, North Korea sees it as practice for an invasion.

Asked about North Korea on Friday, President Trump said, “We’re totally prepared for numerous things,” the Los Angeles Times reports. He added: “We’re going to see what happens.” A day earlier, John Kelly said North Korea’s potential ability to hit the US with missiles should concern Americans, according to CNN. “Let’s hope that diplomacy works,” the chief of staff said. Despite earlier comments, Trump also said Friday that he’s “open” to negotiation. “But if it’s going to be something other than negotiation, believe me, we are ready—moreso than we have ever been,” the president added.

People like me keep trying to bring attention to the problems that all this bluster could produce…..and the GOP seems determined that something be done…..weapons wise…..and they are gaining in support for the use of these weapons….

Even as Bob Corker, one of the most prominent members of the Republican caucus in the Senate, continues to sound the alarm about President Trump’s rhetoric about North Korea, a new poll says nearly half of his party’s voters support a preemptive strike against the country. In a Quinnipiac University poll released Thursday, 46% of Republican voters say they support attacking North Korea, while 41% are opposed to a preemptive strike, the Washington Post reports. Those numbers come after months of amped-up rhetoric between Trump and North Korean leader Kim Jong Un over Pyongyang’s nuclear testing. During a speech at the United Nations last month, Trump said the US would have no choice but to “totally destroy” North Korea “if it is forced to defend itself or its allies.”

In general, American voters oppose a preemptive strike 62% to 26%. In addition, a large majority of the country doesn’t trust Trump to handle the situation with North Korea at all, Newsweek reports. Rather, voters say, by a margin of 65% to 28%, that they have confidence in “top national security and diplomatic officials” to handle the situation. “Voters don’t have confidence in President Donald Trump to handle North Korea, but they’re hoping other members of the Trump team will step up,” Tim Malloy, assistant director of the Quinnipiac University Poll, says.

Then the SecState weighs in on the situation…..

Secretary of State Rex Tillerson has continued with his same public narrative on North Korea over the weekend, insisting that the US is committed to trying to solve the situation diplomatically, and will remain committed “until the first bomb drops.”

Forgive me but I was under the impression that the SecState’s job was to see that the bombs Do Not drop…..none of this rhetoric is doing anything to calm the situation (maybe that is the plan all along)….

None of this is very promising for a peaceful conclusion to all this verbal hostility…..thank goodness there are still a few that have a clear mind and are not swayed by diatribes.

We can only pray that these sane individuals will prevail.

There is so much stuff out there but the one that irks me the most is the fake crap about how people are disrespecting out troops….and then he does not know protocol of those troops….

After he had repeatedly railed against professional athletes over perceived slights to the American flag and military, President Donald Trump joked on Wednesday about a bugle call that is part of the armed forces’ time-honored tradition of showing respect for the Stars and Stripes.

The bugle call occurred during Trump’s interview with Fox News host Sean Hannity, conducted in an airplane hangar used by the Pennsylvania Air National Guard in Harrisburg and before the president’s address on tax revision.

“What a nice sound that is. Are they playing that for you or for me?” Trump said before turning to the audience. “They’re playing that in honor of his ratings,” he added, referring to the popularity of Hannity’s news program.

Trump went back to speaking about economic growth as several audience members behind him stood up. The bugle call was “Retreat,” which signifies the lowering of the American flag on a military installation. Although Trump attended a military high school, the commander in chief appeared unaware of the music’s meaning. 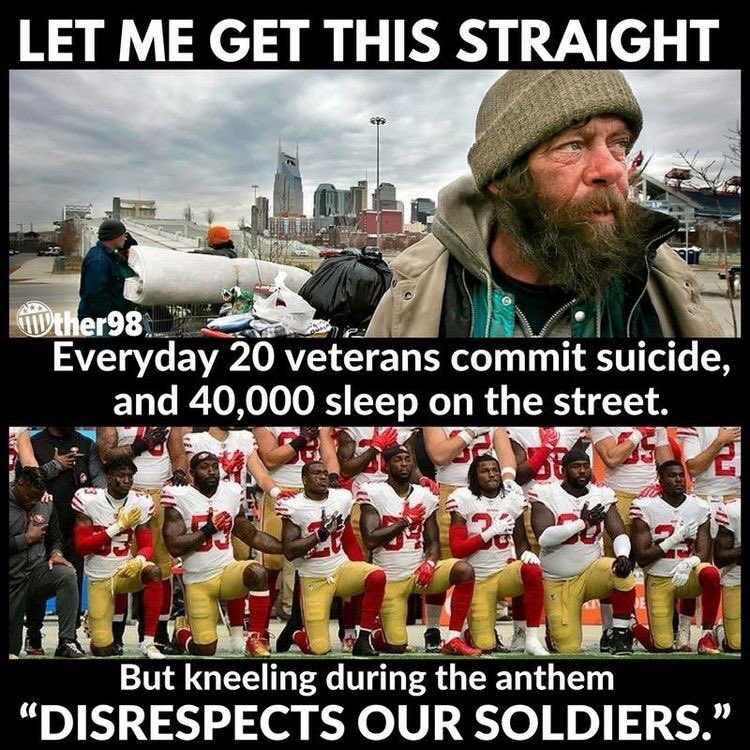