My small garden is staring to bear fruits of my labor….the first tomatoes have been harvested….

Yummy does not describe freshly picked tomatoes from the garden….these are my small ones I am waiting for the Heirlooms to bear…. 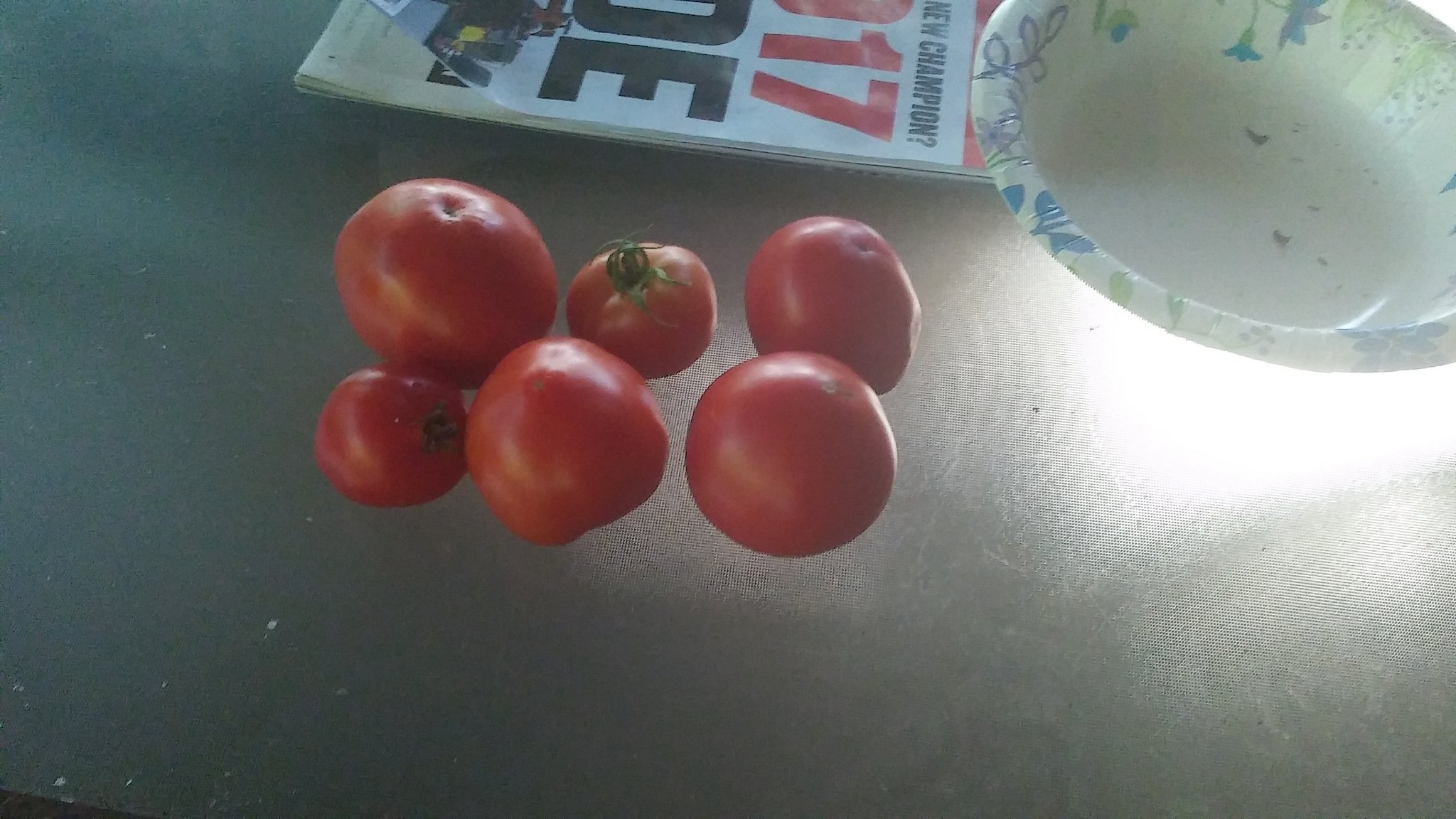 Now let’s move on to the meat (no pun intended) of the post….
And now for something completely different…..
Ever read something that makes you sit and laugh or cry depending on the content…well I found one that did just that…..both laugh and cry….LOL
Sex is a subject that everyone has an thought on…..matters not your gender or your inclination…..there are many opinions and thoughts….
Do you like going antiquing?  Let me start with an item that is going to auction……

A well-endowed, Victorian-era ivory sex toy is going under the hammer this weekend in Ireland.

“It is a beautiful piece, which comes from one of the well-known Anglo-Irish families. A family member found it in a drawer, and he put it in the auction for fun really,” auctioneer Damien Matthews told the Irish Times.

“We believe the ivory dates back to the 1840s. This fellow, the original owner, was in India in the 1840s, where he shot himself an elephant, and brought the tusk home,” he said.

Matthews believes that upon retrieving the precious ivory, the owner sought the help of Chinese carvers to create the unusual item.

“The Chinese were famous for carving ivory, and the quality of carving is so good, I think that is where he would … have had it done. He would not have known that he was coming home, and would have wanted his wife to have this,” Matthews said.

“This was a very enlightened family, and this would have been a very loving gift from a husband to wife. You can see that because the level of detail is incredible, down to the folds of the skin,” said Matthews.

“There’s a heart carved at the base of it, where her finger would have been, and a receptacle in which she could keep a lock of his hair,” he said.

In the brightly lit robotics workshop at Abyss Creations’ factory in San Marcos, California, a life-size humanoid was dangling from a stand, hooked between her shoulder blades. Her name was Harmony. She wore a white leotard, her chest was thrust forward and her French-manicured fingers were splayed across the tops of her slim thighs.

Harmony is a prototype, a robotic version of the company’s hyper-realistic silicone sex toy, the RealDoll. The Realbotix room where she was assembled was lined with varnished pine surfaces covered with wires and circuit boards, and a 3D printer whirred in the corner, spitting out tiny, intricate parts that will be inserted beneath her PVC skull. Her hazel eyes darted between me and her creator, Matt McMullen, as he described her accomplishments.

Source: The race to build the world’s first sex robot | Technology | The Guardian

Okay that is enough…time for that cold shower……

Please go out and enjoy your Saturday….be well, be safe…..chuq