My past situations have made me no fan of the FBI…..but after 06 January and the moronic insurrection by Right wing idiots the FBI has asked help from the public to identify some of the criminals that attacked law enforcement officers in and around the Capitol…..I shall put me bias on hold.

I admit it I was a radical back in the day and as radical as I was in my politics we NEVER considered the actions that was taken by this pack of idiots on 06 January….for that reason I have decided to help the FBI spread the word and in doing so maybe we can make the bastards pay for their actions.

So in the spirit of help preserve the republic I will assist in some small way….. 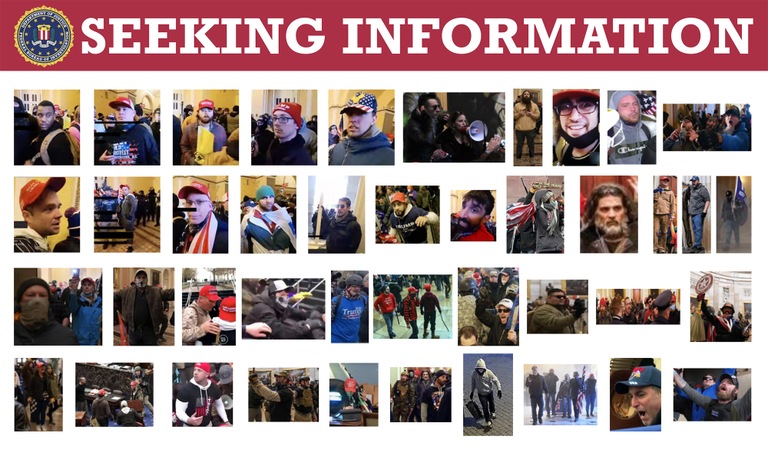 The FBI’s Washington Field Office has released new information and videos of suspects in the most egregious assaults on federal officers during the riots at the U.S. Capitol on January 6, 2021, and is seeking the public’s help to identify them.

It has been two months since violent extremists breached the U.S. Capitol and committed a litany of federal criminal acts. With the assistance of hundreds of thousands of tips from the American people, the FBI has arrested more than 300 individuals who took part in the Capitol riots. Of those, more than 65 were arrested for assaulting law enforcement officers. However, some of the most violent offenders have yet to be identified, including the 10 seen assaulting officers in the video footage we are releasing today.

“The FBI is asking for the public’s help in identifying 10 individuals suspected of being involved in some of the most violent attacks on officers who were protecting the U.S. Capitol and our democratic process on January 6,” said Steven M. D’Antuono, assistant director in charge of the FBI’s Washington Field Office. “These individuals are seen on video committing egregious crimes against those who have devoted their lives to protecting the American people.

“We’re grateful to the members of the public who have already been a tremendous help in these investigations,” ADIC D’Antuono said. “We know it can be a difficult decision to report information about family, friends, or coworkers, but it is the right thing to do, and the FBI continues to need your help to identify these suspects.”

If you have any information on the individuals depicted in the videos below, please call 1-800-CALL-FBI or submit a tip online at tips.fbi.gov. Please reference the AFO number when calling or submitting information online. To view photos of additional individuals the FBI is seeking to identify, visit fbi.gov/capitolviolence.

Please watch the videos (they are graphic so be warned)

If you know any of these a/holes then please by all means contact the FBI and give them what info you may have.

We need justice for the law enforcement that was injured and killed because of this insurrection.