Today is when most Americans learn if they owe or get a trefund from the IRS…..the tax reforms of 2017 screwed many Americans out of their deductions…..but as usual corporations get a pay day…..

M-IC will be the big winners on Tax Day……

In tax season, most of us think more about getting our forms in on time—and getting our refunds—than about where our tax dollars actually go.

It’s probably no surprise that a significant portion—24 cents out of every dollar—of your taxes go to the military. But where those dollars go from there should be a national scandal.

Out of those 24 cents, just 5 cents go to our troops. But 12 cents go to corporate military contractors.

For a country that claims to celebrate our troops, with holidays and yellow ribbons and patriotic displays of the flag, we sure don’t put our money where our mouth is. Every year for tax day, my organization looks at where our tax dollars go. And every year, far more money goes to Pentagon contractors than to our troops.

All told, the average taxpayer handed over $1,704 to Pentagon contractors last year, compared to $683 for military pay, housing, and other benefits (except military health care, which has its own agency). Still, the taxes we pay for military contractors are more than twice as much as the average contribution for veterans’ health and benefits ($833).

Me?  I broke even this year….I was lucky…..most Americans will not be that fortunate.
Little do we know…..nothing good has come out of these tax cuts…….especially for the revenue of the nation….. 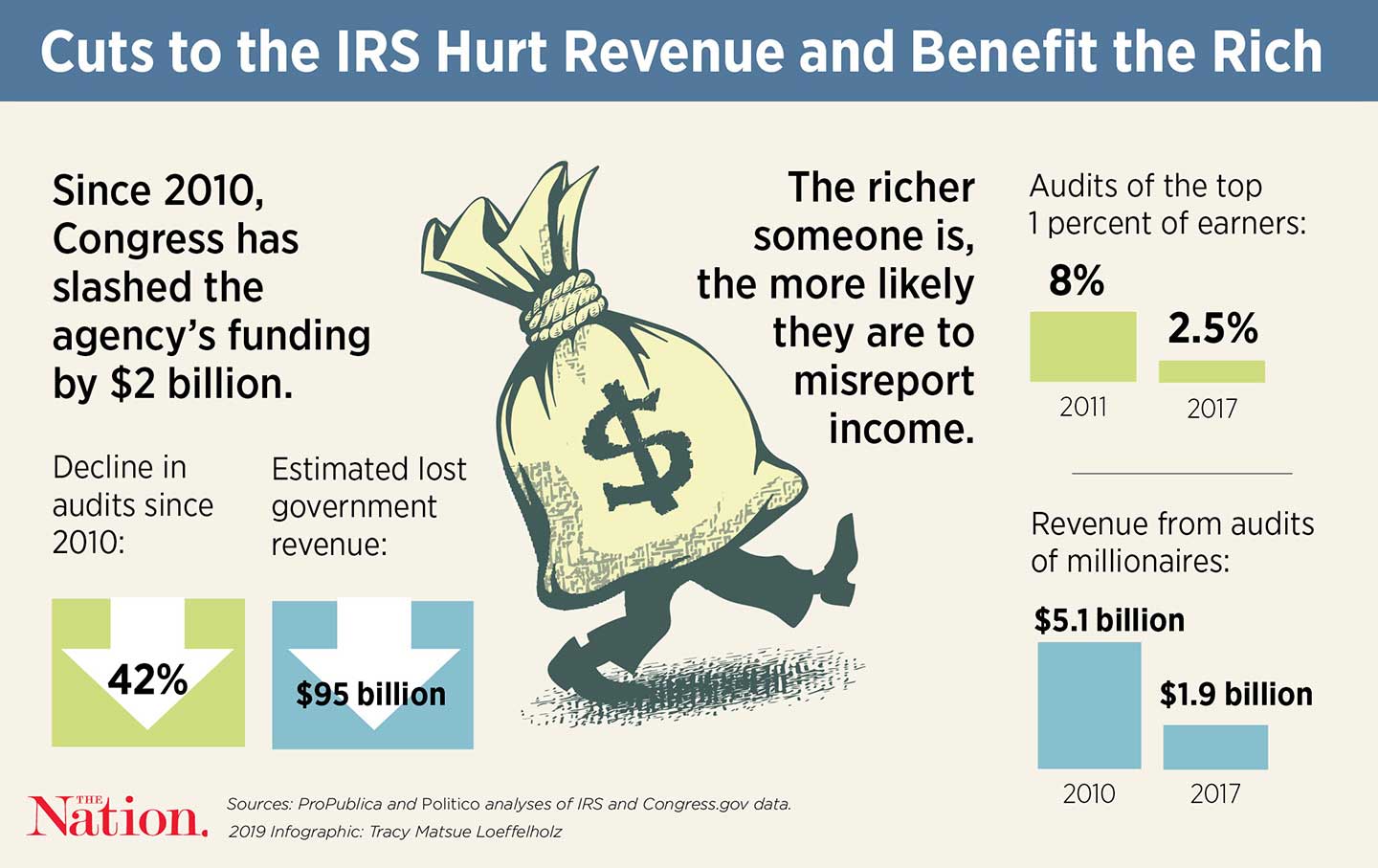 https://www.thenation.com/article/internal-revenue-service-irs-budget-cuts/
And believe it or not……the Trump tax cuts are popular only with the uber rich….go figure……

Multiple polls show a majority of Americans don’t think they got a tax cut at all — even though independent analyses show they did. And only around a third of the country approves of the legislation itself, the Tax Cuts and Jobs Act, passed by Congress at the end of 2017.

So as Trump moves closer to full-time reelection mode later this year, he will have to battle a stark reality: While his personal rating on the economy remains high, his signature legislative achievement is widely viewed as a political dud, one that has drawn special anger in places with high state and local taxes and pricey housing markets where deductions were limited to reduce the overall cost of the tax plan.

Not to worry……this all comes around again next year.