The Georgia legislature has a solution to crime and shootings…..make daylight savings stupidity permanent……

Georgia Gov. Brian Kemp has signed a bill that would make the state have daylight saving time all year, according to multiple reports.

The Republican governor signed Senate Bill 100 earlier this week, on April 21, according to WSB-TV. The bill was greenlit by the Georgia General Assembly in March and aims to prevent residents from switching their clocks two times a year, according to Atlanta Journal-Constitution. 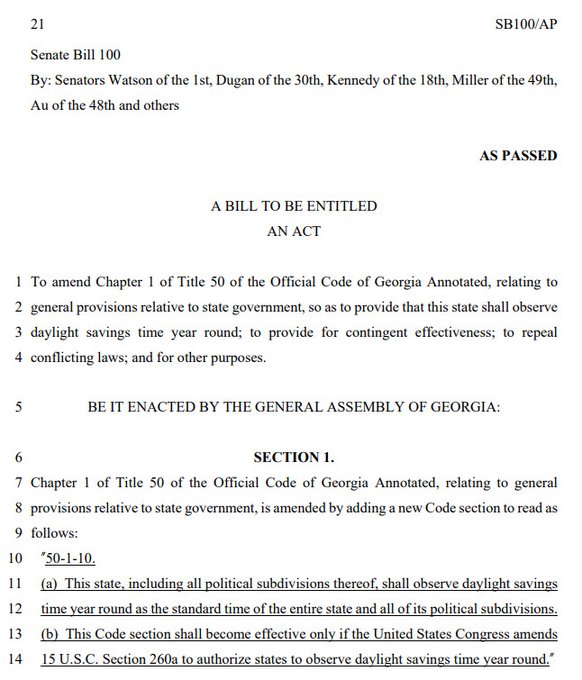 According to the AJC, Congress still has to approve the bill. As Insider’s Grace Panetta previously reported, lawmakers in many states have been pushing to make daylight savings time permanent, but have not seen action from Congress. Daylight saving time has been associated with sleep deprivation, car crashes, heart attacks, and strokes.

Are the politicians really this lame?  Or is it that the Georgia voter is just that stupid?

Yet another prime example of you ‘can’t fix stupid’…..

8 thoughts on “From The “Can’t Fix Stupid” Files”