Afghanistan?  That pesky war that the media and the public are trying to despartely forget…….We do not hear much about America’s longest war….why is that?  Easy peesy……Americans are near the point of war weary…..they see and hear about the deaths and such but we are suppose to leave Afghanistan by the end of this year….God willing. 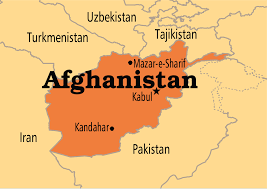 Our surrogate, Karzai, is not the most reliable person and even though there is an upcoming election for the country’s president….there is much that he, Karzai, has to answer for….if that is at all possible…..

A new report from the Special Inspector General for Afghanistan Reconstruction (SIGAR) is offering some of the first looks at three years worth of audits of Afghan management of the aid provided by USAID.

Anyone whose paid even cursory attention to Afghanistan’s legendary level of corruption could expect the audits were bad, but they turned out to be so bad that USAID officials tried to keep SIGAR from disclosing them for years,

The report detailed 107 “major risks” to providing aid money directly to the Afghan government, mostly critical and mostly centering around how millions of dollars in cash have a nasty tendency of disappearing in Afghanistan.

This is just one of many indications that corruption is running rampant in the country….a counbtry that bribes are the source of many job opportunities……

And then there is our enemy in Afghanistan….the Taleban.  There have been many reports of Karzai and his government trying to reach ‘secret; deals with the Taleban…….

The latest strain on the tenuous US-Afghanistan relationship: Afghan President Hamid Karzai has been secretly negotiating with the Taliban. With no Western involvement, Karzai has been trying to hash out a peace agreement, which, officials say, explains a lot of his recent inexplicable and vexing actions (see: refusing to sign a security deal with the US and freeing dozens of dangerous Taliban detainees). But, sources tell the New York Times, the talks haven’t come to much—there’s not even the beginning of an agreement, and it’s not clear the Taliban was ever serious in the first place. The Taliban reportedly reached out to Karzai in November, right around the time his relationship with his allies started going downhill, and a number of messages have been exchanged since. The lack of progress, however, has many officials thinking the Taliban’s main purpose was to mess with the US-Afghan security deal, and some officials say the communication has died down and any hope for a peace deal is dead. But a Karzai spokesman says the contact with the Taliban continues and has been “very positive.” A Taliban spokesperson tells Bloomberg the Taliban has not reached out to Karzai, but praises Karzai for refusing to sign the deal with the US and says if he continues to refuse, “it will create positive relations with him.”

All the indications that I read and hear is that we are pretty much tied to Afghanistan for the next decade or more……and that means more of our money being funneled to feed the corruption of the government.

Just thought I would let you know……after all…that is…..WHY I AM HERE!

Syria has slipped from the headlines….but nothing has changed….if anything they have gotten worse…..with the promise of more to come…..

The Coming Bloodbath in Syria | The Fiscal Times.

Yes, Irene there is still dying and carnage going on in Syria….I know a little hard to imagine when you are worried about the ads on the Super Bowl….but death continues whether Beebs get arrested or not……for that reason I will bring my readers up-to-date……..I read hours and hours of Middle East newspapers so you do not have to…..YOU ARE WELCOME.

Syrian military forces have been systematically using bulldozers and controlled explosions to level entire neighborhoods in Damascus and Hama, in what appears to be an attempt to punish citizens for their rebel sympathies, Human Rights Watch alleges in a new report based on satellite images and witness testimony. The imagery reveals seven areas affected between July 2012 and July 2013 that total roughly 200 soccer fields’ worth of razed neighborhoods. None of this destruction came during combat, though it sometimes came soon after it. Residents said they got little to no warning, giving them no time to collect their belongings before evacuating, according to al-Jazeera. The Syrian government says the demolitions were an urban planning move centered around demolishing buildings that were constructed illegally, the Guardian reports. But Human Rights Watch says there haven’t been any similar demolitions in areas that support the government, even though many of those homes also lack permits. “Wiping entire neighborhoods off the map is not a legitimate tactic of war,” the group’s emergency researcher said. The group has called upon the UN to hand the findings to the International Criminal Court.

Assad is using a tried and true tactic……

And then there is our policy on Syria….so far it looks like a major disaster….at least from my set………apparently I am not the only one that sees it as a failed policy……

White House spokesman Jay Carney says that the administration “absolutely” stands behind its current Syrian policy, despite talk of growing internal dissent and the plain fact that it’s been a complete disaster.

According to hawkish Senators John McCain (R – AZ) and Lindsey Graham (R – SC), Secretary of State John Kerry conceded at a closed-door session that the current Syria policy is “failing,” and called for further military intervention, including “forming a coalition against al-Qaeda.”

White House and State Department officials have downplayed the differences on policy, saying Kerry’s comments had been misconstrued and that the US remains committed to their present course.

Who said what is really only part of the story though, as US policy has been to openly back increasingly irrelevant rebel factions, keeping the civil war stalemated in the hope that they can eventually impose a negotiated settlement favorable to the West. That’s still clearly the plan, but not only does it show no signs of working, it is exacerbating a civil war in which al-Qaeda is gaining ground at an alarming pace.

But then one may ask….just what is the proper policy for Syria?  And if you have a good answer then you have answered the $64 million question….step forward and claim your prize…..

Remember the words of little Ronnie Reagan….”trust but verify”?  With that in mind……we have heard all the chatter about the deal that the US is working on with Iran over their nukes…..some see it as a good sign for diplomacy while others think it sucks…..since I have studied International Relations especially the Middle East I see it as a good sign….well maybe not a sign but a good start to the end of a major point of contention between Iran and the western powers……

Like I have told my readers I spend hours on line reading Arabic press because there are things happening there that could impact the entire world and most people do not give a sh*t until it is too late…..since my Farsi sucks and I have a magical translate button I have found some interesting info I would like to pass along…..

Iranian Foreign Minister Javad Zarif termed the situation related to the nuclear deal an “historical crossroads,” saying his country is ready and determined to make a permanent nuclear deal.

Negotiations on a nuclear pact are expected later this month, and will take place throughout the six month interim agreement, which began just over a week ago.

US officials have repeatedly downplayed the chances of a deal, and threatened war if Iran doesn’t make the deal that they don’t expect. Zarif was more upbeat about the chances, saying his country has the diplomatic good-will to make a deal now.

An interesting statement from the Iranian FM (Foreign Minister)…..if true and real then Iran is showing some adult thinking…..as opposed of the days of that short sh*t from before…..

How many of you have heard of ISIS?

My guess is….NOT MANY!  Why would you?  I mean there the Beebs and his childish antics or some game or another to fixate on……..

NO!  Not the wife of Osiris…the brother of Set…..the diety that invented the concept of mummification……..not her!  See you learned something today and did not have to open a book……You Are Welcome!

The ISIS I am speaking of is the Islamic State of Iraq and Syria (ISIS)……..

Okay since NO one cares enough to grasp this….I will help……you have read the problems that they are facing in Syria and now Iraq….I would imagine that you have heard McCain lay the blame for Iraqi violence in the lap of the prez……that is bullsh*t….we can blame a lot on Obama but this one is on Iraqi president Maliki and his actions…..and then there is Syria….we have heard about all the fighting, well at least we have heard some of the reports, and that AQ is in it up to its eyes….and this is where the two meet……An AQ sub-sect…ISIS is fighting to combine the two countries into ISIS……

And the other day a report came through that is unexpected….at best…….

The Islamic State of Iraq and Syria is “not a branch of al-Qaeda,” Ayman al-Zawahiri declared in a statement posted online yesterday. “Al-Qaeda is not responsible for ISIS’ actions,” and has “no connection” to it, al-Qaeda General Command said, according to the BBC. It added that al-Qaeda “was not pleased” with the group’s creation. It also decried the increasingly intense infighting between Islamist factions in Syria and the “shedding of protected blood.” But this weekend ISIS fighters assassinated two rival rebel leaders in a series of bomb attacks, al-Jazeera reports, in an apparent shift in tactics. A double suicide bombing took out the leader of Liwa al-Tawhid on Saturday in Aleppo, while another attack in Hama killed the leader of the powerful Suqour al-Sham. Al-Qaeda was opposed to the group that became ISIS ever entering the Syrian conflict, with Zawahiri ordering it to return to Iraq in May, Aryn Baker at Time points out. But ISIS’ leader, Abu Bakr al-Baghdadi, defied him, saying, “I have to choose between the rule of God and the rule of Zawahiri, and I choose the rule of God.”

There you have the amazing news of the day….is it for real?  Is it just a way for AQ to distance itself from the carnage in Syria and Iraq?

My readers are some of the best informed on the blogosphere on the Middle East….would they like to weigh in on this news?