There is so much that is going wrong with this country because of gutless politicians……..and this sez it all…….. 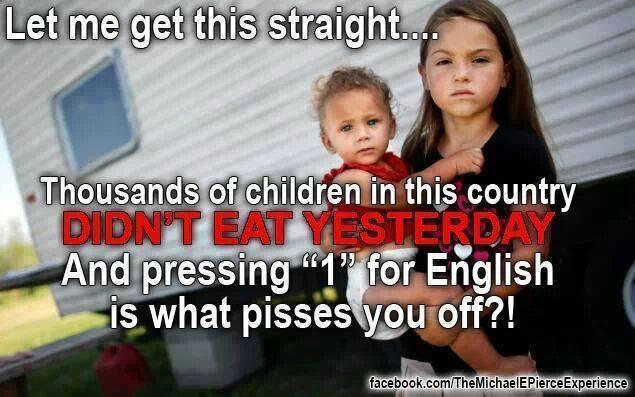 How many times have you heard that piece of political crap?  My fave tag line by the mental midgets we elect is the one that states….”we must secure the future for the children”……then these same “saviors” set about destroying any program that would benefit the children.

But the US is not alone…..we hear all about the children from international sources and they too are concerned for the future…..another really poor tag-line.  If these people truly cared one iota about children crap like this would not happen…..

“Children have been killed while studying in the classroom and while sleeping in their beds. They have been orphaned, kidnapped, tortured, recruited, raped, and even sold as slaves.” That’s Anthony Lake, executive director of UNICEF, explaining why the UN organization has designated 2014 as the worst year on record for children across the globe. “Never in recent memory have so many children been subjected to such unspeakable brutality.” Lowlights from the UNICEF report, per the New York Times:

There is NO excuse for the deliberate targeting of children……….and the children have a very limited future unless the powers that be pull the collective heads out of their butts…..and I do not see that miracle occurring any time soon…….

I have read another report that shows me that this country is losing all compassion…….we accuse people of being poor by choice…..we accuse people on Social Security as being freeloaders……..the country turns its back on its vets…..just a few incidents……

And then I read one that makes me ashamed…….

A simple citation couldn’t keep Arnold Abbott off the streets of Fort Lauderdale, where he’s been feeding the homeless for more than two decades. The 90-year-old man, charged Sunday with violating a new ordinance that clamps down on public feeding of the homeless, dished out meals at a public beach Wednesday, just as he has every Wednesday for 23 years in honor of his late wife, ABC News reports. Shouts of “God bless you, Arnold!” were heard as almost 100 homeless people and volunteers gathered around, the AP reports. Though officers at first only recorded “Chef Arnold,” they later stepped in to issue him another citation.

But Abbott remains undeterred. “You cannot sweep the homeless under a rug,” he tells Local 10. “There is no rug large enough for that.” Fort Lauderdale’s mayor admits Abbott is “a super nice guy” but wants to see him move his program to a nearby church in order to provide a “sanitary” and “safe, secure [setting]”; per the new ordinance, which went into effect a week ago, those handing out food outdoors must make public toilets available. As for what’s next, the World War II veteran says he’ll feed some 200 people at a local church on Sunday, but “I don’t plan to give up the beach,” he says. “I’ll fight for the beach as long as there’s birth in my body.” The AP notes Abbott also runs a culinary school that trains the homeless and finds them jobs in kitchens. (Click for more on his first arrest this week.)

So but in my mind what this man is doing is not a crime…..if anything he should be rewarded for his humanitarianism……not be treated like a criminal………

We all hear the stats on the people that are hungry in this country…..it falls on deaf ears……why?  Well if I am not hungry then it is a made up report, sort of thinking.  Thanx to our politics we have learned to be unfeeling to others needs.

This story is heart warming….my problem is that it is a story…..especially in the “best” and “richest” country on the planet.

New regulations passed by the state’s Commission on Wildlife, Fisheries and Parks removed an earlier exemption allowing feeders to be placed on or near residential homes. Under the new rules, all feeders would have to be located more than 100 yards from any property line or building.

The state commission now says the regulations were not intended to ban backyard birdfeeders. They plan to review and correct the language at some point.

Until then, Mississippians should beware of overzealous park rangers and wildlife officers who could seize upon the opportunity to hand out citations for feeding mockingbirds — the state bird — in their backyards.

Only in Mississippi would it be a ‘crime’ to feed birds in your own backyard.  They are ‘freeloaders’ and we know what Southerns think of freeloaders, huh?

And too many think I am unfair in my attacks against the state of Mississippi.  Take my word for it….it is a cultural wasteland…….and now they have moved beyond attacking the citizens to kove on to attacking birds……a lovely place to stay as far away from as you can get.

An avid reader of in Saner thought, John Zande of Superstitious Ape sent the link to me today as it went with my original post…..I appreciate all my readers and thank them for their help in making my points ……

You have heard of the Land Down Under or the Land of the Free or possibly the Land that Time Forgot…..but there is another that is NOT reported so much by the mainstream media….poverty and hunger in the US….with all the crap that the economic collapse has given us there is one that is NOT acceptable, at least in my way of thinking……child poverty!

#1 Child homelessness in the United States is now 33 percent higher than it was back in 2007.

#2 According to the National Center on Family Homelessness, 1.6 millionAmerican children “were living on the street, in homeless shelters or motels, or doubled up with other families last year”.

#3 The percentage of children living in poverty in the United States increased from 16.9 percent in 2006 to nearly 22 percent in 2010.  In the UK and in France the child poverty rate is well under 10 percent.

#5 The number of children living in poverty in the U.S. has risen for four years in a row.

#6 There are 10 different U.S. states where at least one out of every four babies is born to a family living in poverty.

#7 Since 2007, the number of children living in poverty in the state of California has increased by 30 percent.

#10 There are seven million children in the United States today that are not covered by health insurance at all.

#12 It is being projected that approximately 50 percent of all U.S. children will be on food stamps at some point in their lives before they reach the age of 18.

#14 There are 314 counties in the United States where at least 30% of the children are facing food insecurity.

These show the extent of how bad the recession is on the kids….yes, it is bad for everybody (with the exception of Wall Street) but how bad does it have to get to force our politicians to face this problem?  I thought children were our future, if so the future is pretty damn bleak!