Plastics are everywhere….and these pollutants make into the environment at alarming rates…..I for one try to do my part and recycle as much as possible…..so when I read this news I found it disturbing…..

Recycling will not be able to contain a runaway global plastic waste crisis, experts said on Friday as they called on companies to reduce plastic production and shift more products into reusable and refillable packaging.

Moving away from single-use plastics and towards systems that allow for it to be reused are among the solutions that experts believe could ease the problem, but radical changes to the production system are also needed. 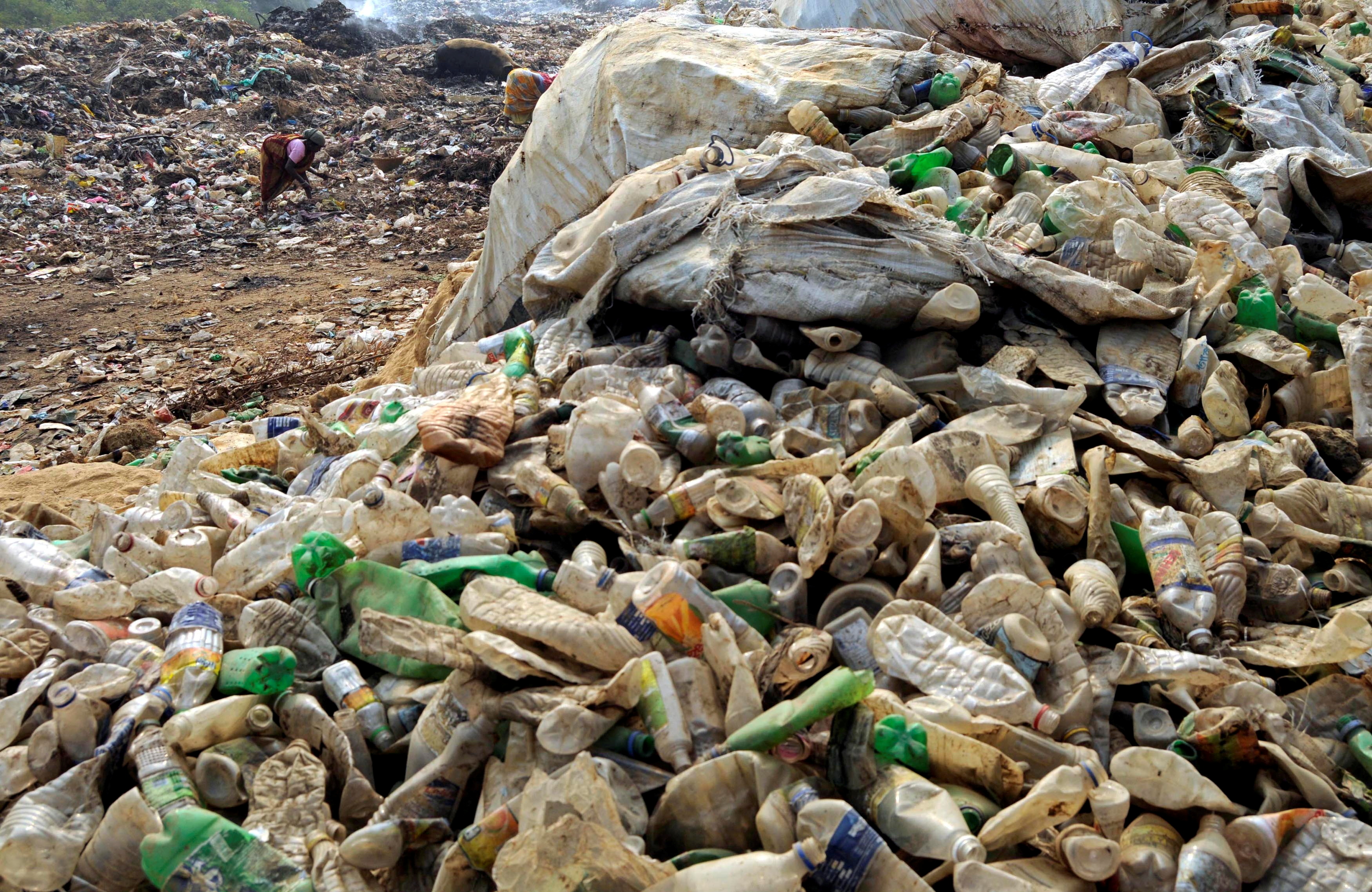 A woman collects plastic bottles for recycling at the garbage dump on the outskirts of Agartala, capital of India’s northeastern state of Tripura December 6, 2009. REUTERS/Jayanta Dey

SINGAPORE, Dec 3 (Reuters) – Recycling will not be able to contain a runaway global plastic waste crisis, experts said on Friday as they called on companies to reduce plastic production and shift more products into reusable and refillable packaging.

Moving away from single-use plastics and towards systems that allow for it to be reused are among the solutions that experts believe could ease the problem, but radical changes to the production system are also needed.

“We won’t be able to just recycle or reduce our way out of it,” said Rob Kaplan, CEO of Circulate Capital, which invests in emerging markets initiatives to solve the plastic waste crisis.

“It’s a systems problem and needs to combine upstream and downstream solutions,”

this dire prediction will do not to influence corporations to look for alternative packaging….for that will cost money and that cash is needed for the CEO bonus packages.

At what point is enough enough?

There was a time when the word ‘democracy’ meant something…..now it is a joke.

In recent years those so-called ‘democracies’ are today backsliding from the principles they once lived by……and the US is one of those democracies…..

The US has been experiencing a “visible deterioration” in its relationship with democracy since 2019, a think tank says. And the organization saw a “decline in the quality of freedom of association and assembly” during the protests after the killing of George Floyd last year. But “a historic turning point,” says the International Institute for Democracy and Electoral Assistance, arrived “when former president Donald Trump questioned the legitimacy of the 2020 election results in the United States.” For that, AFP reports, the US has earned a place for the first time on the global list of backsliding democracies.

“The United States is a high-performing democracy, and even improved its performance in indicators of impartial administration (corruption and predictable enforcement) in 2020,” said Alexander Hudson, a co-author of the “State of Democracy” report. “However, the declines in civil liberties and checks on government indicate that there are serious problems with the fundamentals of democracy.” International IDEA uses 50 years’ worth of indicators to categorize about 160 countries according to their type of rule: authoritarian, hybrid, or democratic—whether they’re solidly so or backsliding.

The group’s secretary general sees the US influencing other nations, and not in a good way. “The violent contestation of the 2020 election without any evidence of fraud has been replicated, in different ways,” Kevin Casas-Zamora said, “in places as diverse as Myanmar, Peru and Israel.” In fact, one-fourth of the world’s population now lives in a democratically backsliding nation, the report says. The group, which is based in Stockholm, noted the irony of it all, per the Washington Post. “The United States, the bastion of global democracy, fell victim to authoritarian tendencies itself,” the report said.

The beacon of justice and liberty is slowly dimming and will eventually go out.

You, the voter, can change that…..but will you?

That beacon that I mentioned needs to be saved….but sadly….not today.

But Biden has an idea of which I have written several times…..

A Summit For Democracy

The League Of Democracies

Biden still believes that Americas has the moral high ground on this subject…..

Whether or not President Biden has any understanding that today’s geopolitical landscape is very different from the one which he experienced as the “end of history” was being celebrated in 1991, is an open question.

The upcoming global Democracy Summit was driven by the belief that America is still the only global power capable of dictating the terms of the world order.

But that hasn’t stopped Biden and his foreign policy advisors from rallying approximately the half of the world’s nations together for a summit which will be heralded as the historic meeting place of the freedom-loving liberal states. This means that over 100 countries are excluded from the dialogue and some of them believe that it was done because they claim the right to be able to determine their future without having it imposed by other powers. What arrogance on their part!

Biden’ Democracy Summit – Dividing Instead of Uniting the World