If you are social media or watch any main stream media then you have heard all about how the rich got richer…..especially after Trump’s tax cuts…..

May I see a show of hands…..do you know just how did the rich get richer?

Okay would you like to know? Of course you would…it may be one of those issues that helps you who to vote for in 2020….

I could bore the crap out of you with all this monetary policy claptrap or I could turn you on to the cartoons below that make this all so much simpler…….

Something massive and important has happened in the United States over the past 50 years: Economic wealth has become increasingly concentrated among a small group of ultra-wealthy Americans.

You can read lengthy books on this subject, like economist Thomas Piketty’s recent best-seller, Capital in the Twenty-First Century (the book runs 696 pages and weighs in at 2.5 pounds). You can see references to this in the campaigns of major political candidates this cycle, who talk repeatedly about how something has gone very wrong in America.

Donald Trump’s motto is to make America great again, while Bernie Sanders’s campaign focused on reducing income inequality. And there’s a reason this message is resonating with voters:

It’s grounded in 50 years of reality.

I have noticed that I have been posting more than I promised Sue that I would….she is trying to help me get off my ass and get into a healthier way of life.

She caught me spending more time than I had promised….and she chastised me…..and after a lengthy cold shoulder I promised to spend less time on the pc…

So I will be posting about 3 articles a day unless events spiral out of control….

Thanx everyone for understanding……and thanx for all your support and visits…..

The US SecState is on a tour of the Middle East (not really the world tour) to spread the Neocon anti-Iran rhetoric….

The Neocons were silenced for awhile by the Early Trump admin but he has relieved himself of all the responsible people and has hired nutcase Neocons like Bolton and Pompeo…..so Trump and his Neocon lackeys are recycling the hate speech from the past……

There are times when I wish that the United States would just drop the charade and declare itself a global empire. As a veteran of two imperial wars, a witness to the dark underside of America’s empire-denial, I’ve grown tired of the equivocation and denials from senior policymakers. The U.S. can’t be an empire, we’re told, because – unlike the Brits and Romans – America doesn’t annex territories outright, and our school children don’t color its colonies in red-white-and-blue on cute educational maps.

But this distinction, at root, is rather superficial. Conquest, colonization, and annexation are so 19th century – Washington has moved beyond the overt and engages in the (not-so) subtle modern form of imperialism. America’s empire over the last two decades – under Democrats and Republicans – has used a range of tools: economic, military, political, to topple regimes, instigate coups, and starve “enemy” civilians. Heck, it didn’t even start with 9/11 – bullying foreigners and overturning uncooperative regimes is as American as apple pie.

They say there is a “new” Neocon…..the Dems….but they have always been in the Neocon sphere when it comes to starting wars (at least to me)……

When Bill Clinton was in power, Weekly Standard editor William Kristol organized an ad hoc think-tank/advocacy group known as the Project for a New American Century, which ceaselessly agitated for war with Iraq and a policy of “regime change” throughout the Middle East. In coordination with like-minded folks over at the American Enterprise Institute, publications such as the Weekly Standard and National Review, plus influential columnists such as Charles Krauthammer and Max Boot, the neocons led the charge as we careened into the Iraqi quagmire. It took them a good decade, but in the end they succeeded: both major political parties are now committed to their program of endless military intervention in the Middle East, with the only differences being tactical.

But I’m getting ahead of myself: In order to bamboozle the American public into believing that this was a defensive and justifiable war, the neocons and their allies came up with various arguments – Iraq’s alleged “weapons of mass destruction,” his purported plans to attack his neighbors, and his supposed ability to threaten the continental U.S. – but their central if only implied talking point was that Saddam was in some way instrumental in bringing about the 9/11 terrorist attacks. For the most part, this was not stated explicitly; the idea was to link Saddam and Osama by referring to them in the same sentence. Yet the implication was clear, and the administration and its media amen corner returned to this theme again and again, arguing that we had to strike Iraq in answer to al-Qaeda’s murderous sneak attack.

Time for a candidate to step up and stop rubber stamping our many and lengthy foreign adventures.

A slogan from my youth in the 60s and 70s……”War is good business….invest your children”……but how good is business?

There was a 1.1 percent increase in global military spending in 2017, according to the Stockholm International Peace Research Institute.

The global rise was driven partially by a $9.6 billion hike in U.S. arms expenditure – the United States is the world’s largest defense spender by a wide margin. Though it is yet unclear what the growing arms investments will mean for international relations, major defense contractors around the world stand to benefit.

Total arms sales among the world’s 100 largest defense contractors topped $398 billion in 2017 after climbing for the third consecutive year. Notably, Russia, one of the countries with the fastest growing militaries over the last decade, became the second largest arms-producing country, overtaking the United Kingdom for the first time since 2002. The United States’ position as the top arms-producing nation in the world remains unchanged, and for now unchallenged. 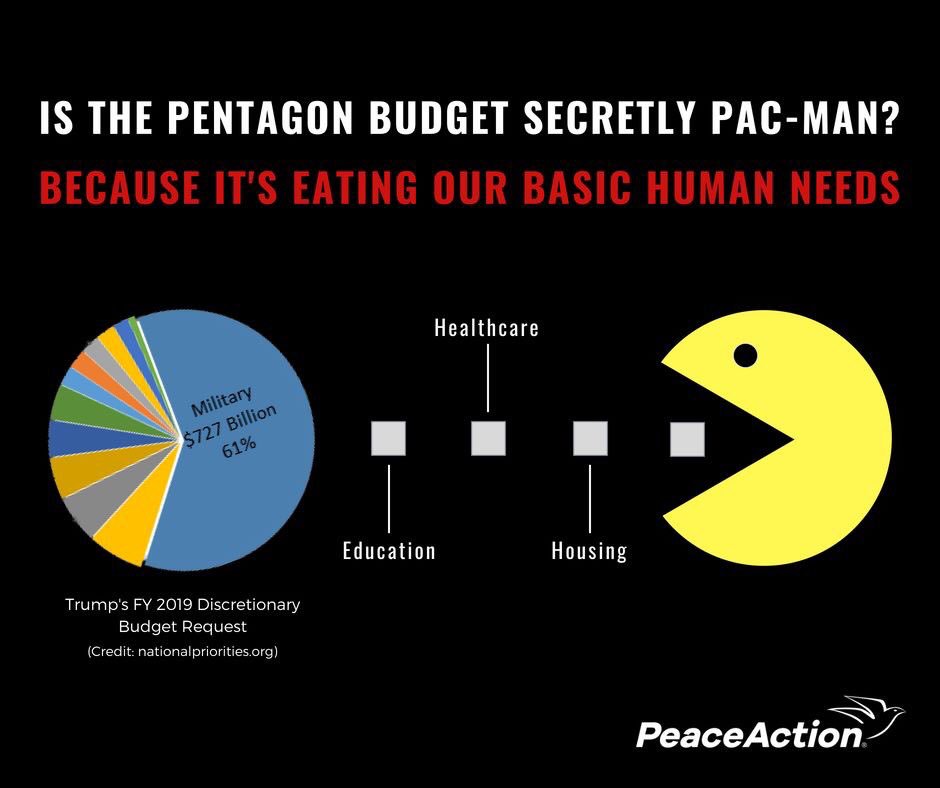