This weekend is one of auto racing’s premier races, the 24 Hours of Le Mans…….this was one of the races I got to see first hand when I was a youngster…the sounds, smells and sights were something I will never forget.

Fifty-nine years ago, the 1955 Le Mans 24-hour race started like any other. It ended with the usual champagne, as well. In the middle as many as 130 died in the most horrific disaster in motorsports history. [Warning: graphic content]

It’s hard to say just how many people died in the crash. The French police files have never been opened, and one long time Le Mans racing chief later estimated the death toll at 130. Within hours of the crash, the local police reported sixty five dead, as one racer remembered, and now the death toll is usually reported as something in the 80s. An initial news report claims 82 spectators killed, some decapitated by a flying hood “like a guillotine.” Another 120 were “maimed,” according to current writing, though initial news stories estimated around 70. All of this was from one car cutting through the crowd alone.

It remains the worst disaster in motorsports history.

I’ll try and give an explanation of how it happened, why so many people died, and why the organizers didn’t cancel the race after the crash.

I will be switching between the race and the Women’s World Cup….I do not like too many sports but I do appreciate the beauty of football (soccer to Americans)

I hope everyone has a good day I know I will…..

I begin my weekend reporting on stuff most people never think about….SPACE–the final frontier or something like that…..

I had a thought…..we have been “beaming” messages into space for decades…messages of greetings and some on our location and so far no one has answered…..could it be like that bum on the street that you avoid you hear their pleads but pretend not to understand?  That is Earth!

Since a young age I have been interested in Space and the exploration of said domain…..I have the original Buck Rogers and Flash Gordon to help peak my interest…..

The hunt for nearby exoplanets has just heated up considerably.

The instrument, called NEAR (Near Earths in the Alpha Cen Region), is a thermal coronagraph installed on the European Southern Observatory’s (ESO) Very Large Telescope (VLT) in Chile.

I have heard that could be billions of planets that could support life…that is billions with a “B”…..but are there?

Where is complex alien life hanging out in the universe? Likely not on planets stewing in toxic gases, according to a new study that dramatically reduces the number of worlds where scientists will have the best luck finding ET.

In the past, researchers defined the “habitable zone” based on the distance between the planet and its star; planets that, like Earth, orbit at just the right distance to accommodate temperatures in which liquid water could exist on the planetary surface would be considered “habitable.” But while this definition works for basic, single-celled microbes, it doesn’t work for complex creatures, such as animals ranging from sponges to humans, the researchers said.

When these extra parameters — needed for complex creatures to exist — are taken into account, this habitable zone shrinks substantially, the researchers said. For instance, planets with high levels of toxic gases, such as carbon dioxide and carbon monoxide, would drop off the master list. [9 Strange, Scientific Excuses for Why Humans Haven’t Found Aliens Yet]

NASA and JPL are pushing the limits of exploration these days…… 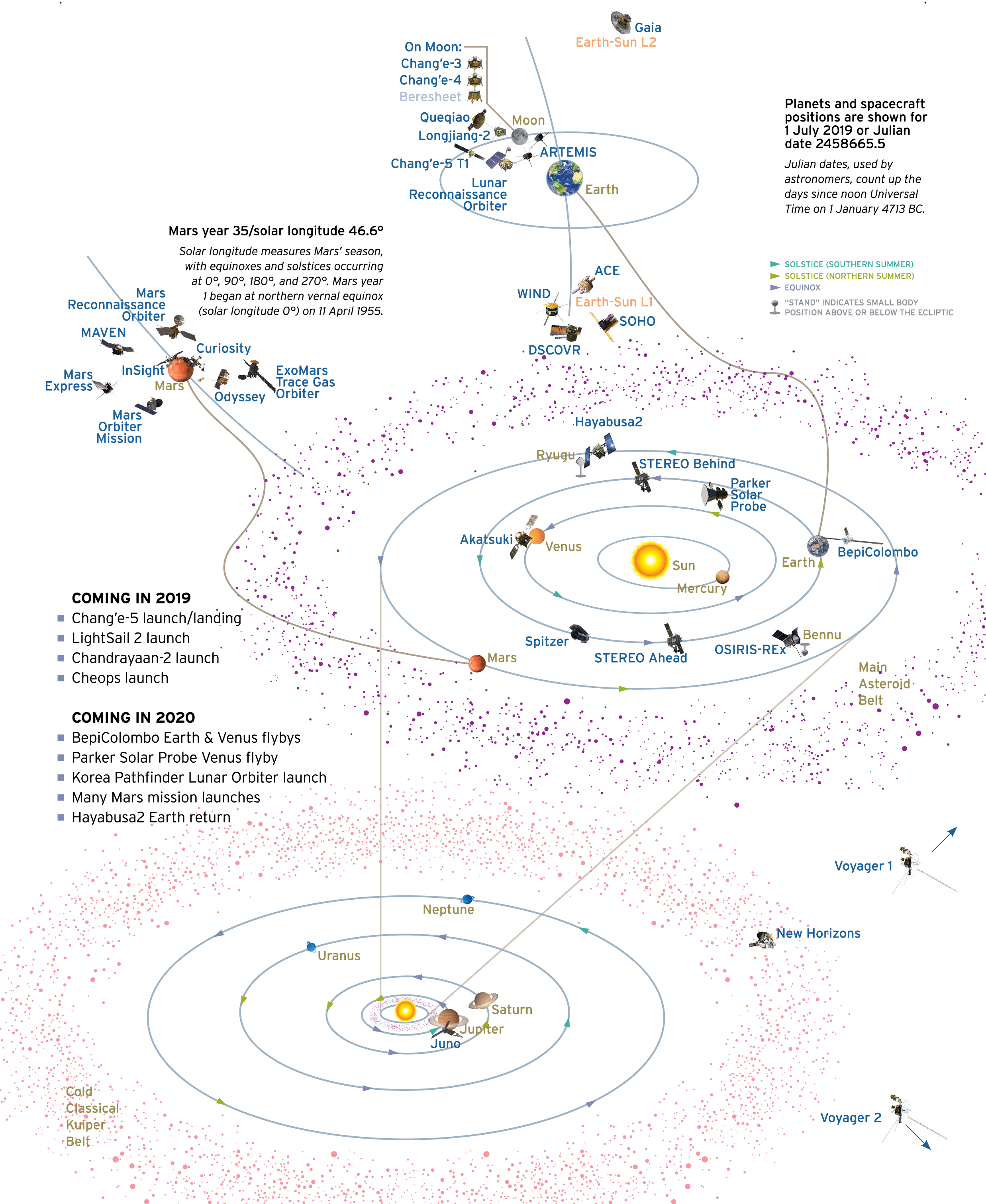 Finally, NASA has said it wants a man on Mars within the next 20 years……and how is that going?

When a female astronaut first sets foot on the Moon in 2024, the historic moment will represent a step toward another NASA first: eventually putting humans on Mars. NASA’s latest robotic mission to the Red Planet, Mars 2020, aims to help future astronauts brave that inhospitable landscape.

While the science goal of the Mars 2020 rover is to look for signs of ancient life – it will be the first spacecraft to collect samples of the Martian surface, caching them in tubes that could be returned to Earth on a future mission – the vehicle also includes technology that paves the way for human exploration of Mars.

That is it for my Space news….hopefully it was informative for those that like and are fascinating by space…….

Please…..watch this “SPACE”.  (I could not resist)