The ‘unofficial’ end of Summer.

Now my rant about Labor in this country.

Next I want to say to all the Repub in power…STOP using jobs as a crutch to pass crap that benefits no one but the wealthy…..stop using the workers as a slogan and a tagline for your next election.

The Repubs in every state and at the federal level as well have done a marvelous job in the depression of the worker.  They have worked to lessen the influence of labor by selling a crappy myth of how bad labor is and does nothing for the worker….they defunded OHSA the group that use to protect the worker from injury or exploitation…all in all the GOP is NOT worker friendly…regardless what they say just watch what they do.

As an example I will point to my state of Mississippi and my personal story…..

I worked for the state as a worker in the state housing authority…well after 9 years of employment Katrina hit and hit us hard….about 30% of our units were made unusable…..we went to work trying to save as many as possible to make units available to people…..Katrina hit on 30 August 2005 and as I was working I fell on 26 December 2005 and broke my let in three places…..this injury kept me in surgeries and doctors until May of 2006.

On15 May 2005 I was told that I needed another surgery I immediately inform my employer….my surgery was scheduled for 10 June and on 06 June I got a termination letter because they said I was not back to work in 100 days.

There was NOTHING I could do but grin and bear….a right to work state…..

About a year before Katrina myself and two other employees tried to unionize….that is a story for another post……we worked for months to get the word out and we finally had interest generated as an IWW organizer we had a union that would support our efforts….but before we could launch our attempt we were sold out by one of the organizers….and word came down that anyone trying to join a union would be terminated immediately…interest waned and the attempt failed.

Labor in my state and this country needs to wake up and see the depressing effect that Repubs have on wages and opportunities….until then they will remain the lowest paid portion of our society.

Sorry to be a downer here but eyes need opening to the opportunities that are possible with a strong labor movement.

While you are enjoying your day off with family and food as Summer draws to an end…..think about what is possible and work for a better country. 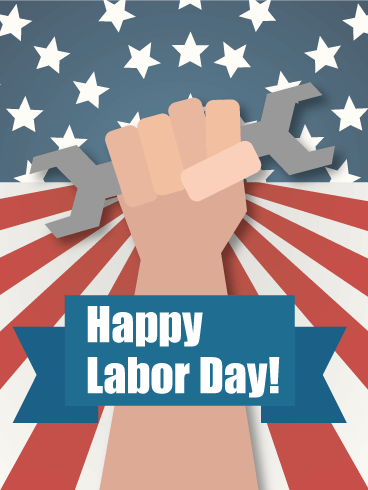