The biggest story in the US Senate is that of the ‘tradition’ known as the filibuster…..well that was until the murder trial sucked all the air out of actual reporting. 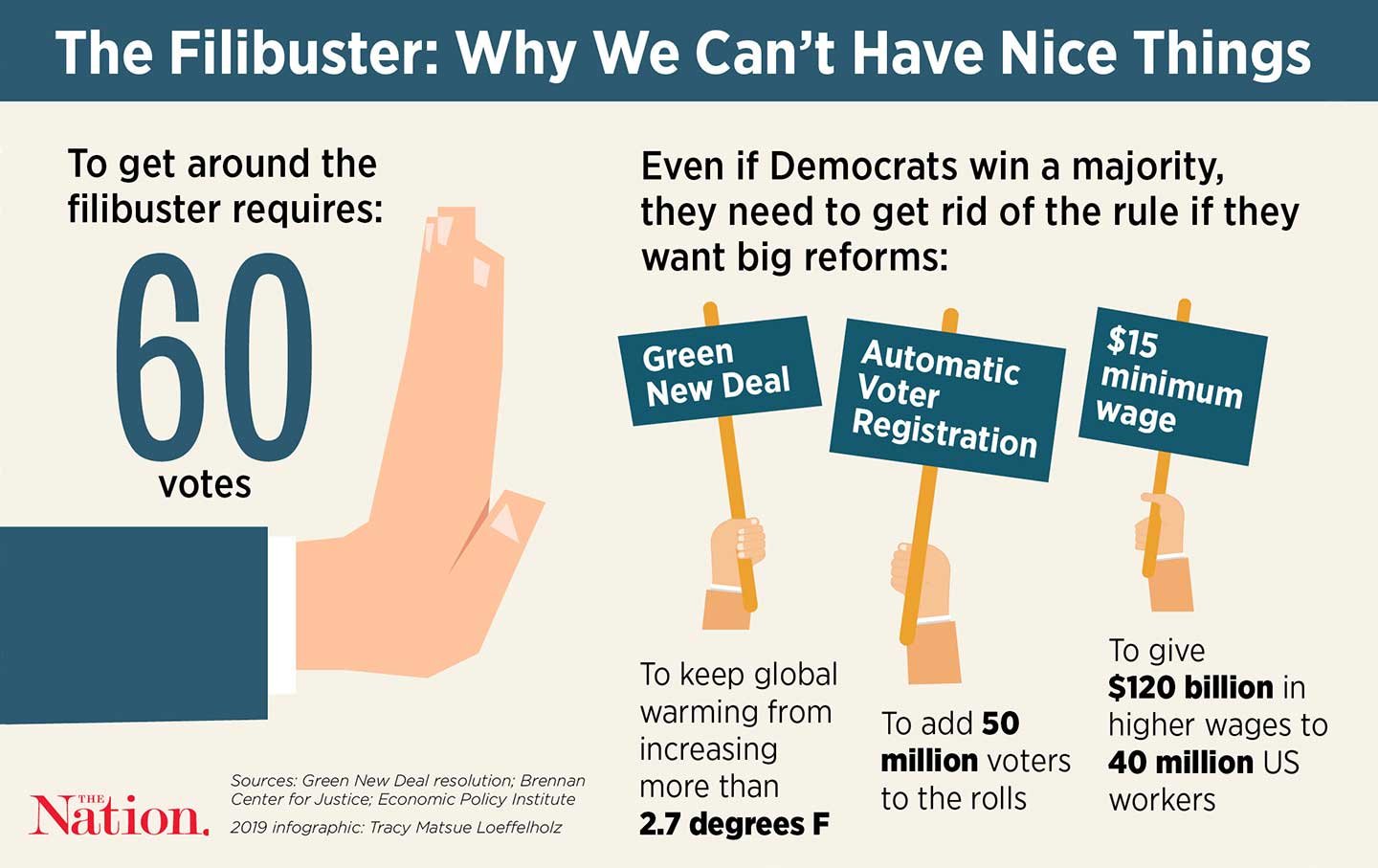 As it stands any bill debate to be passed will take 60 Senators for it to pass….I recently took a closer look at the drama around trying to end this archaic ‘tradition’……https://lobotero.com/2021/03/17/kill-the-filibuster/

The attempt to end this waste of valuable time…..

The myth is that it is needed to protect the minority….but that is BS pure and simple…..

Central to the argument for preserving the filibuster are two assertions. One is that it is needed to protect minority rights. Two, the filibuster encourages compromise. The reality is, neither of these claims are true and in fact its repeal may promote both goals better than retaining it.

The filibuster rule is a product of slavery politics, as was true of the electoral college. If the electoral college’s goal was to protect the slave states from being outvoted in presidential selection by the free states, purpose of the filibuster was to do the same. The Senate with its equal representation already gave the South a bonus in representation. But what the filibuster did was to allow one senator the effective ability to shut down the action of the chamber to prevent it from passing legislation hostile to the South. John C. Calhoun, a Senator from South Carolina in the antebellum South, used the tool effectively to block critical legislation. But he is also famous for his role in the nullification crisis where he asserted states had a right to veto or nullify federal legislation. His book A Disquisition on Government, advocated a theory of concurrent majority which would only permit legislation to pass if all classes, interests, groups, or states which had an interest in it supported it.  Effectively, the filibuster went hand-in-hand with his theory of government to support states’ rights and protect a slave holding minority against majority rule.

Let us please stop pretending that this debate is about nothing more than party politics….has nothing to do with the actual use of government…..

Senate Minority Leader Mitch McConnell (R-KY) took to the floor this week to warn he would ensure a “scorched-earth” Senate if Democrats abolished or weakened the filibuster to pass voting rights reform.

His speech earned widespread mockery, and some political experts suggested it was an empty threat, since he has essentially run the Senate this way for years anyway. Others speculated his real fear may be that GOP policies are unpopular, and the filibuster gives them cover to not pass them.

“In a filibuster-free Senate, if one party does things by simple majority, then power will shift eventually, and the other party can just theoretically undo via simple majority the things that the opposition did while in power. The rub is that this would be harder for Republicans to do than Democrats,” wrote Sargent. “Jason Richwine suggests an interesting reason for this: GOP priorities such as concealed-carry reciprocity and defunding Planned Parenthood are not structural or transformative changes, whereas Democratic priorities such as legalizing millions of immigrants or expanding voting rights do constitute such deep changes.”

The ‘filibuster’ is one reason that good bills go to the Senate to die…..that needs to change and change now.

Former President Trump continues to raise his public profile, this time in a podcast interview in which he weighs in on DC’s filibuster debate. If Democrats get rid of the filibuster, “it will be catastrophic for the Republican party,” Trump said on the Truth with Lisa Boothe program, per the Hill. Democrats are considering ditching the parliamentary move in order to quickly push through major elements of President Biden’s agenda. With the filibuster in place, Democrats need 60 votes to pass legislation, but they would need only a simple majority in the 100-person chamber without it. Axios notes that Trump in 2018 advocated for the opposite position, telling Senate Republicans (then in control) to kill the filibuster in case Democrats eventually took over, per Politico.

“Look, he’s hanging by a thread right now with respect to the filibuster,” Trump said in the podcast interview about Senate Minority Leader Mitch McConnell. “If they get rid of the filibuster, if they knock it out, it will be catastrophic for the Republican Party.” As of now, a few Democratic holdouts, including West Virginia’s Joe Manchin, oppose eliminating the measure, notes Business Insider. If Democrats do manage to kill the filibuster, Trump had some advice for GOP senators. “There is one thing you can do: not show up,” he said. “If the Republicans don’t show up—in other words, there’s no vote. As I understand it, with 50-50 … the vice presidential vote doesn’t count in that case, so they can’t get that through.”

And there is the perfect reason to fight ending the filibuster…..it would be bad for the GOP…..

Party politics trumps the needs of the people of this country …..every time.

I feel these people are spineless worthless slugs….

You think that is harsh….I was taught to get respect you need to give respect and these lumps of manure do not respect the voter nor the country….so until they give respect they will get none from me.

6 thoughts on “The Filibuster Debacle”