Another Saturday and another weekend…..we all should just step back and enjoy the day and our time….

In the past I have written many times just how stupid the population is becoming….I even referenced a movie as prophetic, Idiocracy…..and then I read something that gave me no easy feeling…..

Today in mind-blowing statistics: A full 7% of American adults think chocolate milk comes from brown cows, Food & Wine reports. That figure comes from an Innovation Center for US Dairy survey of more than 1,000 people conducted in April. When extrapolated, it means approximately 16.4 million Americans—or roughly the population of Pennsylvania—are hopelessly misinformed about chocolate milk, according to the Washington Post. Overall, the survey found 48% of US adults aren’t sure where chocolate milk comes from (though 29% use their kids as cover to buy it for themselves). Today helpfully explains that chocolate milk is defined by the Center for US Dairy as “cow’s milk with added flavoring and sweeteners.”

While nearly half of Americans not being clear where chocolate milk comes from may seem shocking, agriculture and nutrition experts likely aren’t surprised. They’ve been complaining for decades that Americans are woefully ignorant about what they eat. “We still get kids who are surprised that a french fry comes from a potato,” says the co-founder of nonprofit FoodCorps. A study conducted by the Department of Agriculture two decades ago found nearly one in five adults didn’t know hamburgers are made from beef. Another study of fourth, fifth, and sixth-graders in urban California found more than half didn’t know pickles are cucumbers or onions and lettuce are plants; nearly a third didn’t know cheese is made from milk.

Some say we do not need a public education…..and yet we get these results….we need something.

After reading that I could only think of something comedian Ron white has to say, “you can’t fix stupid”. 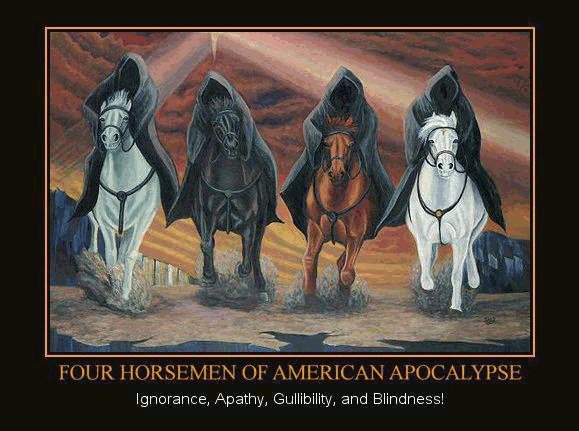 Just ignorant?  Or would “stupid” be a better description?
Watch the vid and you decide.
https://youtu.be/1MwN5nDajWs

After that….I need a drink.

Have a good day and be well and safe….chuq